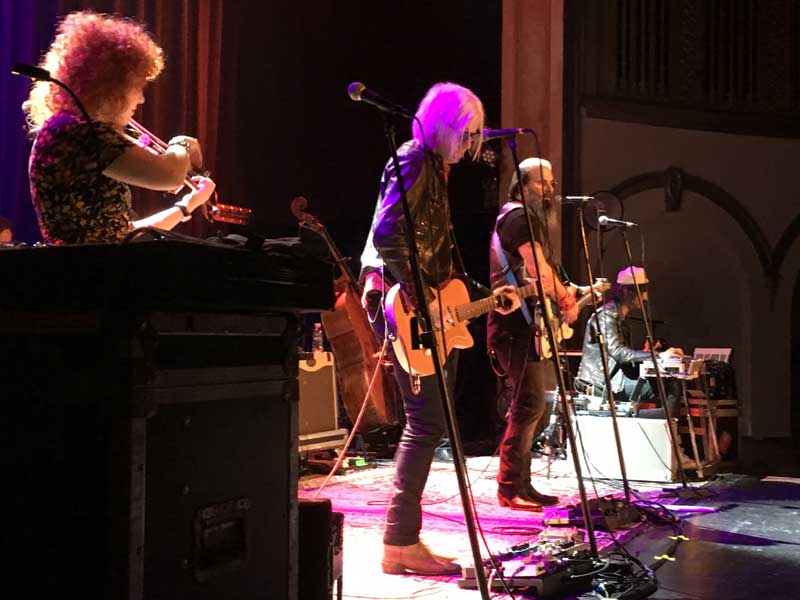 So You Wannabe an Outlaw: Steve Earle & The Dukes at the Neptune Theatre

Back in 1987, being the music editor on the University of San Diego’s newspaper was a sweet gig. Think of springtime ’87, and the sheer tonnage of tunes blurs the mind: My most-loved promos included Dinosaur Jr.’s “Little Fury Things,” Sonic Youth’s Sister, the Leaving Trains’ Fuck … and that’s just the SST Records stuff.

Amongst the boxes of promos and record label phone calls, though, was this unlikely slice: Steve Earle’s Exit 0. Seemed like a major label country music ploy, and I ignored it almost completely. This was before the alt-country stalwarts popped up (we already had Tex & the Horseheads, the Gun Club, bits of Los Lobos, Divine Horsemen, even Townes Van Zandt and on and on). So Steve fell flat on me.

Last night he didn’t fall flat. Since ’87 (an eternity ago), Earle’s been akin to Zelig, starting for me with “Ellis Unit One” on the Dead Man Walking soundtrack – starkly earth-rattling and a protest song worthy of Woody Guthrie. Then came an onslaught of goodness peaking with El Corazon, The Mountain (with Del McCoury), “John Walker’s Blues,” and a stint on The Wire. The through-line? An unflinching presence, a staunchly progressive ethic and aesthetic. So when he walked onstage with his new album’s title track, “So You Wannabe an Outlaw,” the guitar crunch was somehow a welcome antidote to our idiot, criminal president.

Over the next 20+ songs, Earle fronted a badass sextet, offering a favorite feature of mine: Three guitarists (Earle, Ricky Ray Jackson’s pedal steel, and Chris Masterson’s nimble array of Telecasters and even a Byrds-style Rickenbacker). Beyond the sheer totality of the band, violinst Eleanor Whitmore and Jackson’s pedal steel acted like connective tissue binding together the rhythmic thump-and-chug of drummer Brad Pemberton and bassist Kelley Looney (Earle: “… he’s been with this outfit since ‘87”) and the more straight-up guitar punch of Earle and Masterson. Of course, Earle brought his usual arsenal of mandolin, bouzouki, and even a wee tenor guitar reminiscent of Bad Seed Warren Ellis’s most choice noisemaker.

Along the way, Earle leaned on his new album, paying homage to smoke jumpers and firefighters (the super-great “Firebreak Line”), driving a progressive stake into the ground with “City of Immigrants,” paying gorgeous homage to Guy Clark with the new “Goodbye Michelangelo,” and even revisiting his Pogues collaboration, “Johnny Come Lately.” His voice was in gravelly, laconic form, buttressed and shoved around by his brawny, hard-punching Dukes – and held together limberly by the fiddle and pedal steel. He pulls wisdom right out of the moment, too, as on “Jerusalem,” where the simple, beautiful line, “I don’t remember learning how to hate in Sunday school” hung poignantly in this week’s turgid political air.

Given the timing, with a daily dose of vomit-venom from the president, Earle could’ve spent hours focused on the politics of the moment. He did something even better, alchemizing anger and disbelief into a sprawling, powerhouse set of post-alt-country that hit loads of Earle’s musical high points, three of which pop to mind particularly: “Guitar Town,” his first real hit and one of the night’s two occasions where the band took the obligatory, in-unison step forward toward the audience and the charged, knife-fight/murder ballad, “Taneytown;” and a brief run at “Hey Joe.” And off he went. 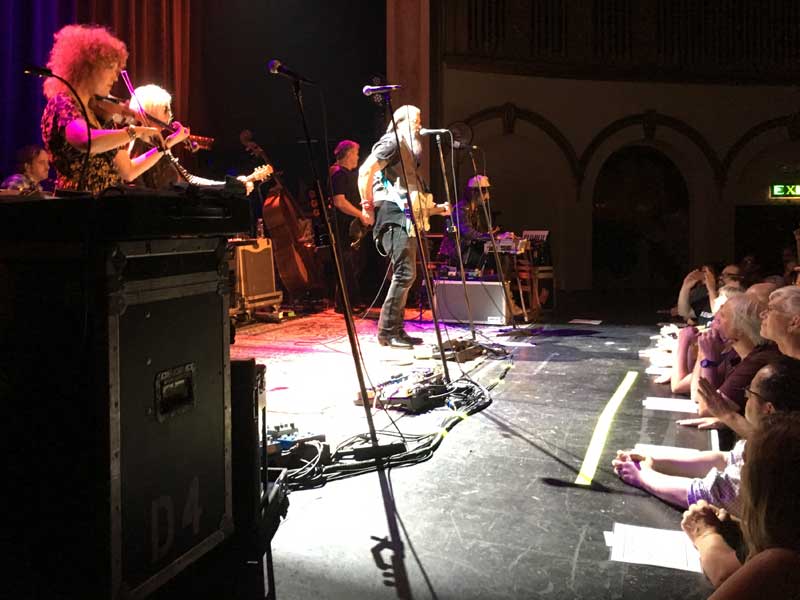