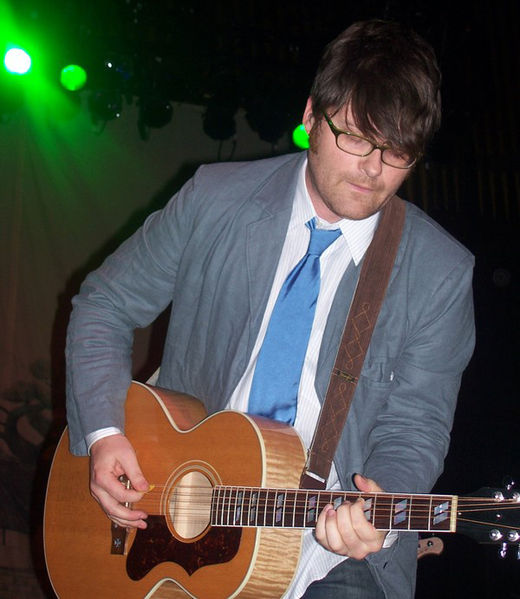 Was Colin Meloy drunk for the Decemberists shows this week?

OK, this I need someone out here to confirm. Was anyone at the Decemberists show on Wednesday night at the Moore? Was Colin Meloy visibly drunk?

I was at the Decemberists show on Thursday night and thought the band sounded better than any of the previous four times I had seen them. Meloy seemed his usual, jovial self. I didn't notice anything amiss but Travis Hay of Ear Candy (and long-time friend of TIG) posted a letter from a reader who wrote:

"… (I)was wondering if you were going to do anything or have heard anything about the Decemberists concert last night at the Moore? I think they're playing there tonight as well, but a buddy and I went to the show last night and came away with mixed feelings. I'm a huge fan and for the most part thought the show was really good. They sounded great and had a lot of fun interaction with the crowd. But the lead singer was hammered and got a little crazy before the end of the set. When he was playing his guitar he was fine, but whenever there was a break in the action he would start to sway this way and that. It was entertaining to say the least and didn't affect his sound at all…a la Eddie Vedder.

Nope, it was the encore we had an issue with.

Duder played solo for two songs: "I Was Meant for the Stage," which was awesome, and then a cover of Joni Mitchell's "A Case of You," which was equally as awesome and kind of fitting considering how smashed he was at the time. When the rest of the band came out, however, they just started wailing away on each other's instruments. For like 15 minutes. Seriously. It was awful. No music. No real direction. They literally just swapped each other's instruments and made a bunch of garage-band static…like the Wyld Stallyns of "Bill & Ted's Excellent Adventure" fame. Crazy stuff, and not what you want to leave your audience with after an otherwise rockin' show."

Another anonymous commenter also said he was visibly drunk. Really? I've seen tons of shows with drunken lead singers, but this one is quite a shock. If you can confirm this, please do. It will only increase my (already great) respect for the Decemberists.