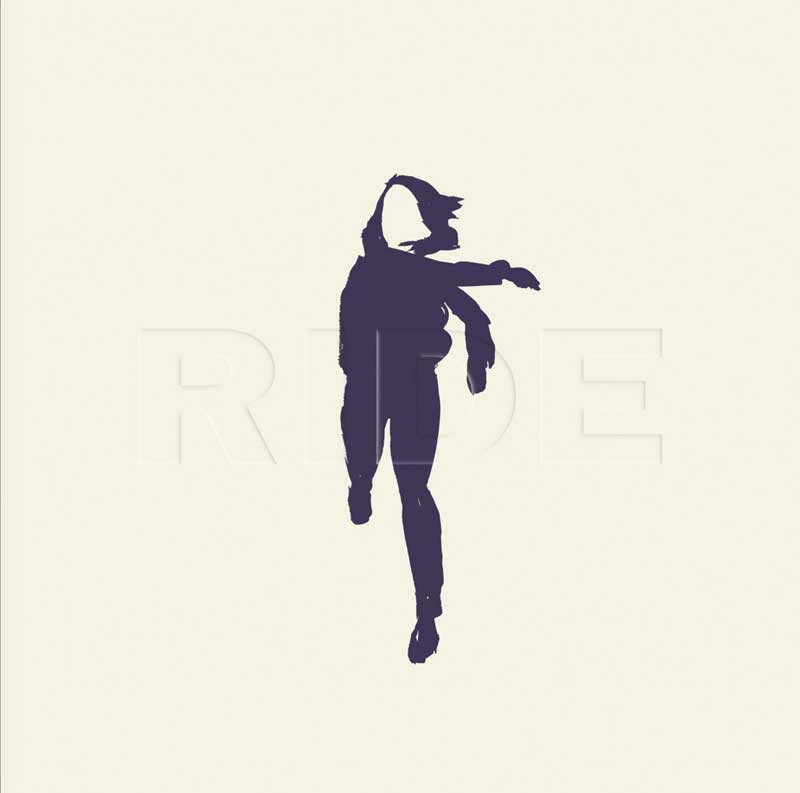 It has been twenty-one years since Ride called it a day back in 1996, after the two primary songwriters, Andy Bell and Mark Gardener, dissolved the band in the wake of clashing egos and an inability to adapt to the evolving direction of the music scene in the mid-1990s. Since then, Andy Bell played bass for a stint with Oasis and Laurence Colbert toured with The Jesus and Mary Chain on drums, but general activity between the founding four members seemed particularly quiet and infrequent at best for the bulk of two decades. Luckily, the stars have aligned for Ride after much needed time and distance gave Bell and Gardener the opportunity to reconcile the animosity that arose between them during last few years of the band’s existence. Ride officially got back together in 2015, when they began performing live again. Two years later, they have finally released the new studio album, Weather Diaries, which is both representative of their original vision and also contemporary in approach and sound.

Weather Diaries sounds closest, if anything, to their classic atmospheric debut, Nowhere (1990). It certainly doesn’t contain the adrenalin-fueled pop rush sound of Going Blank Again (1992) or the heavily 1970’s-inspired delivery of their last two underrated albums, Carnival of Light (1994) and Tarantula (1996). This stated, the record doesn’t actually resemble Nowhere by any close approximation, but this should assist as a starting point when approaching and listening to the eleven tracks on the album. The defining elements of the new release are the production, which is a little too slick and digital and the band’s undeniable chemistry, that is truly remarkable. Luckily, in spite of the polished production, the songs are strong overall. The other thing that makes Weather Diaries different from the original four Ride albums is the frequent use of modern ethereal keyboard washes. This effect is prominent in many of the songs and it works well considering that many of them tend to be slow to mid-tempo paced tracks.

“Lannoy Point,” is a soaring opener that builds from the opening keyboard line to incorporate a lysergic surf lead-guitar line that works as the perfect ingredient to bring the other instruments into place. The modern sounding keyboards are up front in the mix, bringing an unexpected element to the otherwise instantly recognizable Ride melody.

“Weather Diaries,” the album’s title song, is the best composition on the record. The doleful mood that is created by the fairly simple guitar, bass, drums and keyboard structure is the perfect combination of great songwriting and instrumentation. It is an understated masterpiece. The break where the tastefully overdriven guitar solo comes in and crescendos with the rhythm guitar and keyboard is a gorgeous and moving pinnacle. Bell sings, “It seems you never know which direction life will blow. You never know what someone’s thinking until they’re just about to go.” I suppose that this is a painfully true statement and the music effortlessly captures this sentiment.

“Lateral Alice” is the heaviest number on Weather Diaries. The pulse of the song resembles that of the brilliant 1996 single, “Black Nite Crash.” In the song, Bell references dreams where he met both David Foster Wallace and Robert Anton Wilson, authors who one would assume were influences on the band. It is a snapshot of two unlikely encounters where one wakes up in a foreign town and has chance meetings with strangers whose words have been poured over and absorbed to the extent that they seem like intimate friends.

“White Sands” is the track that closes Weather Diaries. Mark Gardener sings the lyrics as cinematic keyboards and finger picked electric guitar awaken the bass and drums into a climax that suddenly stops. Here, the song picks up again as a different one with jazz drumming and a completely distinct melody before merging back into the original arrangement. One can picture this song playing while the credits roll after a film has ended that contains several unanswered questions for the audience.

We now have recent records released by the three biggest shoegaze bands: My Bloody Valentine, Slowdive and Ride. All three albums are excellent and have brought a modern angle to the original sound of these groups, but Weather Diaries might just top MBV and the new eponymous Slowdive record. It is more memorable and cohesive. The songwriting is terrific, the execution is extremely well done and the music is passionate. What more could one want from a new release? They will also be performing in Seattle at the Neptune on the 24th of September. It goes without saying that this concert is highly recommended, as is Weather Diaries.