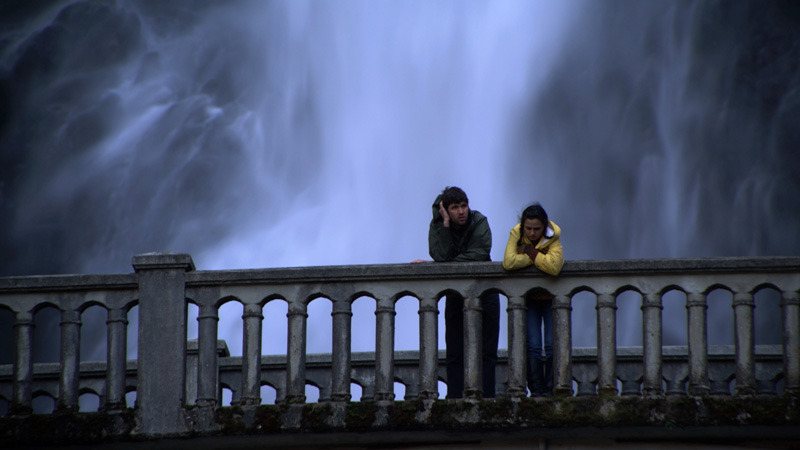 If there’s one film you see this weekend, please make it Cold Weather at the Northwest Film Forum. If there are two films you see this weekend, I’m gonna have to suggest seeing Cold Weather twice. Seeing three, first let me say, “Good for you!” If you’re looking to pull off a cinematic hat trick, my parents would strongly suggest Phil Ochs: There But For Fortune (also at the Northwest Film Forum). Huge fans of Mr. Ochs, they saw the film during its brief stop in NYC and couldn’t speak more highly of it. Unfortunately I’m off to SXSW this weekend, so I won’t get a chance to see the Phil Ochs film until it hits video.

Speaking of SXSW – in addition to the music its most famous for, there’s also a tremendous amount of film. Last year was my first trip out there and it was quite the experience. I saw a lot of great stuff – with one of the highlights being Cold Weather.  I almost saw it again in Vancouver at their festival.  Couldn’t quite make it work, but I did attend a meet the filmmaker series session with the Portland-based director. This is a film that defies easy characterization – except that it’s really, really good. It’s a fairly unique (the only other example I can think of is Monogamy) mash-up of a chatty relationship slice-of-life drama centered around twenty-something characters, shot in a natural style with a whodunnit mystery. Yet it’s not really fully either, and the sum is greater than the individual parts.

A lazy description would be a Nancy Drew/Hardy Boys adventure for the mumblecore crowd. Especially worth a theater viewing, as on top of everything else the cinematography deserves to be seen on a large screen – particularly one breathtaking shot at an Oregon waterfall (you can see this shot briefly in the trailer below in my full review). Yep, I super dug it. Hope you will too.

Also this weekend is the kickoff of the Seattle Jewish Film Festival.  I haven’t seen most of the films they’re screening, but there’s usually something for everyone there and it’s of course great to support a local festival. They have a variety of ticket/pass options including their “Flex pass”, which gives you 8 admissions, and can be passed between friends and used as you please. It even includes brunch!

I’ve seen the SJFF opening night film The Human Resources Manager which was Israeli’s submission for the 2011 Foreign Language Oscar. The film follows the reluctant manager of human resources in a bread factory who has to deal with the political fallout when a foreign temp worker dies in a terrorist attack and the company doesn’t notice. There are reasons, but the bread factory is under a wave of negative publicity so he’s sent to investigate – and eventually to take her remains for burial in her native land. A low-key road movie. Honestly, I found it somewhat underwhelming but I know it’s been a popular selection with most audiences.

Those looking for something simply fun may want to check out The Trotsky – which while never re-achieving the heights of its amazing opening scene delivers enough good-natured smiles I doubt you’ll hate it. Overall, the festival’s eclectic mix deserves a looksee. A Film Unfinished, a documentary about the unfinished Nazi propoganda film, The Warsaw Ghetto, that came to be viewed as a historical artifact of conditions in that hellish environment, also looks particularly fascinating.

Last, but not least, is another film I truly wish were not playing while I was out of town, Russ Meyer’s Faster Pussycat! Kill! Kill!. It’ll be screening at  Central Cinema this Friday through Sunday. I might think it total dreck once I see it – but I never have and truly want to. I mean, it’s got THREE exclamation points in the title and an awesome poster! I’ve seen films for far less grounded reasons…

Hope everyone has a great film weekend. Anyone interested in SXSW film updates is invited to keep an eye on my Twitter feed starting on Friday. Though you’re of course welcome to follow before. 😉