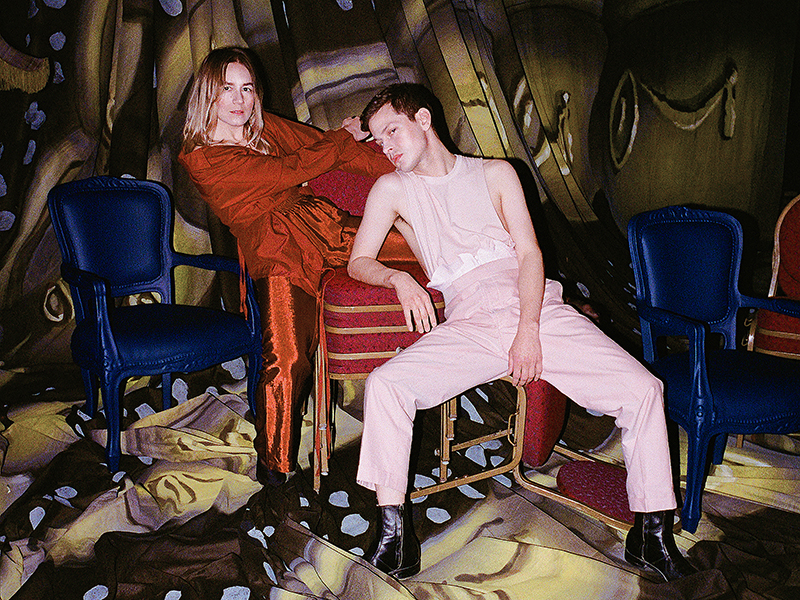 We’re in for an exciting, sensual and immersive experience with Perfume Genius & Wallich’s The Sun Still Burns Here

See the Perfume Genius and Kate Wallich collaboration The Sun Still Burns Here at the Moore Theater on October 4 and October 5, 2019.  {Ticket Info}

I’m going to level with you here, I’ve been a fan… ok more than a fan, of Perfume Genius for a long time. Led and envisioned by Mike Hadreas, every album since the first has had me enthralled. The first was slow, calming, yet dark. It more than alluded to his past and present shaped by some terrible events from his teen years that created the artist that he was at that time. Then the second release featuring Queen was nothing short of gorgeous. It was less about pain and more about growth, acceptance and power. Creating yourself, molding yourself into the person you know you are and want to be. It took some repetitive listening to really cherish the second album as I did the first, it was absolutely a journey worth taking.

Needless to say, the moment I saw Perfume Genius and collaborative art performance in the same sentence, I was hooked in and immediately ready to devour every moment of this new creation. In combination with the incredible choreography of Seattle-based artist Kate Wallich The Sun Still Burns Here is going to be a unique and modern performance with a seemingly loose storyline.

Having seen a few of Wallich’s works in the past, they leave a lot to the imagination, but always have a very definite directionality and driving current to each piece. This isn’t the first time she’s worked with a live band as a collaborative performance. In 2016 she created a one-night-only project dubbed Industrial Ballet featuring a band put together expressly for that project.

I don’t think anyone really knows what to expect beyond the combination of music and modern dance that the artists involved have somewhat vaguely described. It looks to be sexual in nature, not surprising considering Hadreas’ lithe and sensual movements already seen on stage at his live performances (and the fact that a Stranger headline read “The Sun Still Burns Here is not for the children.”) The fact that all members of Perfume Genius will not only perform musically but as dancers as well is even more cause for excitement. Though, even with all the interviews and press The Sun Still Burns Here has gotten over the last few months, it seems they’re either trying to keep the experience a little mysterious so viewers don’t have any definite expectations or they’re not really sure what it is themselves. I hope it’s a bit of both to be honest, because anything that is surprising and fresh and exciting for those involved will be doubly so for the rest of us experiencing it.

Either way, this is a performance not to be missed, and you have two nights to make that make that happen. So grab your tickets now and thank yourself later, what a way to kick off Autumn, I can’t wait!