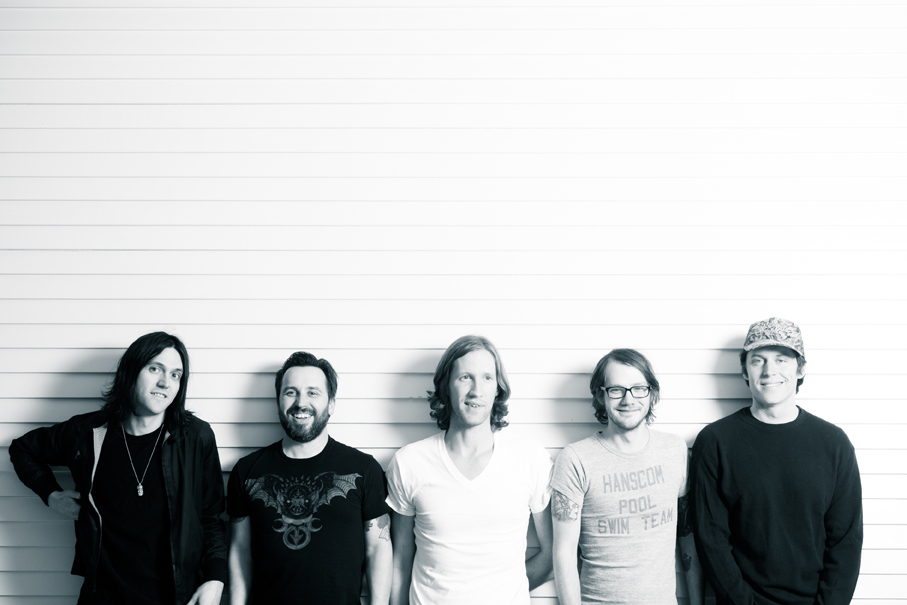 It's only in the past few weeks that I've been able to come to grips with the reality that Conor Oberst and his Bright Eyes-side project band, Desaparecidos will take the stage this Saturday at the Showbox (Market).

It's been over 10 years since I first saw them at the Paradox on February 18, 2002 (in the pre-TIG days).  The show was packed but, as with most Paradox shows, it felt intimate like a underground basement show. The band played through their (only and beloved) album Read Music | Speak Spanish and the Happiest Place On Earth single.  While still only semi-confident in their indie rockstardom, the band bolstered the shy crowd into a ferocious and unrelenting fever with each song they played.

Now it's 10 years later and although so much has changed in their (and our) lives, so much has stayed the same. Their rage against the machine is still justified and connects with every one of us (at least those of us who are reading this post).  Names and workplaces have changed, but the white-hot distaste of injustice and over-consumption still permeate our conversations (and Facebook threads).

Sure all of us have had our moments in which "there is hope, and there is joy, and there is acceptance" (as illustrated in the Bright Eyes' "Kathy With A K's Song"), but a Desaparecidos reunion show and a couple of new songs is just the spark we need to reignite the fire that for some of us is apt to grow cold now and again when faced with mortgages and career paths.  Desaparecidos songs weren't crafted to make us feel guilty about adulthood, but rather, guide us into an adulthood centered around happiness, selflessness, betterment, and compassion.

And it is for that, most of all, that I am counting down to Saturday night at the Showbox; Not (just) to relive the magic of the past and a brilliant album that was released 10 years ago… but rather, to fire up all engines and get back on track, with a vengeance.

Oh, and in case you missed it (and as I mentioned earlier), Desaparecidos released two new songs: "MariKKKopa" and "Backsell." You can listen to streams of the songs online (over and over), or receive instant downloads of them with the purchase of a PERSONALIZED 7" from the Desaparecidos shop.  When you pre-order a 7", you can type in your name (or the name of your very lucky favorite Desaparecidos fan) and the 7" will be pressed JUST FOR YOU! As IF, my love of this band could grow any bigger. PS – there is no such thing as over-consumption when it comes to supporting your favorite bands.

I think (hope hope hope) that Saturday is going to go a little bit like this: