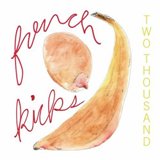 (Somewhere deep within the TIG Fortress)

Ah, there is nothing like that feeling you get when you have it all under control. Finally, I can sit back, relax and really start to enjoy 2006. Sure, it took a little while to get things under control but now I can focus on writing quality reviews of all those great albums that have been building up on the Gonzalez Desk.

Hold on, I should take this.

(Action moves away from the microphone)

Alright, well, I've now found out that it might have taken me a little longer to get organized this year than I thought. Apparently (although I have no proof) it is almost December. Hmmm. Troubling.

Ok. I can handle this. Adopt, adapt and improve, as they say. (pause) Well, in the tradition of the Bill Simmons mailbag it is time to clean out of my inbox. It's the Erik Gonzalez mailbag!

Q: So, what's the deal with Jimmy Tamborello? Is he like in five bands or something?
– Louis, Oakland

A: We need a word for this sort of uber-busy, multi-banded type person. Multisician? Journeyband? I'm not sure. I'm open to suggestions. However, in case Jimmy were afraid that we would forgot about him after the worldwide smash Postal Service, he did indeed re-emerge with one of his three (?) alter-egos, this time James Figurine. Mistake Mistake Mistake Mistake {Plug Research} is more or less what you might expect from Jimmy: lots of beeps, whirs, hushed indie rock vocals about relationships and guest stars. Some of the songs are ridiculously catchy, such "55566688833" that sounds like a lost New Order song and teaches us the dangers of text messages (just see what the song title spells on your mobile). Jimmy, never one to turn away help, gets some from John Tejada and Erland Oye on "All the Way to China," but it never reaches the dynamicism of the Postal Service (where is Ben when you need him?). Some of the cameos are incredibly subtle, like Jenny Lewis on "You Again," you begin to wonder what is the point. Otherwise, poor Jimmy needs to focus a little more. (6.7/11) Buy it!

Q: What's the deal Erik? I'm sick of all these constant reviews of indie rock? What happened to electronic? Is it dead? Do I have to resign myself to whiny Gibbardites playing guitars and moaning? Help me out!
– Jessica, Philadelphia

A: It is kind of sad. Beyond the mostly ignored gem by Vitalic this year and those genre-straddling types like CSS, it's been pretty quiet on the electronic front. However, there is one that almost snuck through and that's Hot Chip's The Warning {Astralwerks}. Rooted firmly in the Aphex Twin/Squarepusher family, but with a little more Kraftwerk and Orbital mixed in along with real vocals, it will keep your sequencer jonesing in control. The vocals alternate from heavily filtered to deeply textured harmonies, giving the band an almost oddly Beta Band-feel. They can wear their influences on their sleeve, where you go from a less neurotic and snarky LCD Soundsystem on "Careful" to a Daft Punk outtake on the standout "And I Was a Boy from School" to more aggressive Boards of Canada on "So Glad to See You." They really tear the roof on "Over & Over" that thunders across the speakers as they chant "over and over and over and over/like a monkey with a miniature symbol". Good times! So, Jessica, do not give up hope. It is really, not as desolate as it seems. (8.1/11) Buy it!

Q: With all this talk of Suburban Kids with Biblical Names, Jens Lekman, Jose Gonzalez, Frida Hyvonen and all the Swedes, why no love for the Concretes? That's just plain wrong.
– Ashley, Boston

A: Alright, at last count, there are something like 8 billion trillion albums, EPs and singles are released every year. Now, I really do make an attempt to spend quality time with a lot of them. And sometimes, they get a little stranded on my vast pile o' music, and sadly, The Concretes just kept on getting passed over like it was covered in lamb's blood. This is not to say that In Colour {Astralwerks} deserved to be overlooked, but it is such a mellow, laidback album that it was sometimes hard to get really excited about it. Landing somewhere in Camera Obscura/Belle & Sebastian territory, it is full of lush 60's inspired melodies like the ballad "Tomorrow" or the jangly "Oh La La" that is rich with dueling guitars and horns. There is a nice little duet with Romeo Stodart (of the Magic Numbers) on "Your Call", but the real energy is in songs like "Fiction" and "Chosen One". (7.3/11) Buy it!

Q: A friend of mine and I have a bet about bands with literary names, I mean straight up book titles, the more obscure the better. The best I could do so far is pretty sad. Genesis, Aerosmith (supposedly), Moby (sort of), Steppenwolf, Soft Machine (Burroughs) and of course, the Velvet Underground. You got anything for me?
– Alisha, Sacramento

A: The Doors! How could you beat a band named after a Huxley book about a mescaline trip that ends with the lead singer being fat, dead and in a bathtub (Denis Leary). Okay, well that's only one. How about Blood Meridian? How can you beat a book by Cormac McCarthy for obscurity? Heck, their album Kick Up the Dust {V2 Records} is actually pretty good (can you say that about any post-Gabriel Genesis?) It sort of meanders around the dusty alt-country trails when they play "Most Days," a slow and sleepy number filled with, well, banjo and post-Nirvana/Meat Puppets rock like "Soldiers of Christ." One of the gems is "Your Boyfriend's Blues," that seems to be a more mainstream version of a Bright Eyes song, except Matt Camirand's vocals lacking the anxious wailing of Conor Oberst (which some people will like, others will not). Other songs like "Work Hard? For What?" take a page from the
Camper Van Beethoven playbook, a bitter and cynical take on whether there is a point to being a productive member of society. Oh wait, I was supposed to be thinking of more bands, eh? Hmmm. Yeah, about that. Um, er… Love & Rockets is a comic book right? (7.0/11) Buy it!

Q: I think my life lacks folktronica. What can I do?
– Jeff, Los Angeles

A: I wonder how that happens? Do you just wake up someday and think "Hmm. I can always listen to indie rock, or soul or calypso, but what I completely lack is bizarre mixes of folk, electronic and experimental noise rock!" Is this a sign of some sort of impending personality disorder? Anyway, if you've exhausted your Becks, your Unicorns, your Eels and your Animal Collectives, you can turn to San Fran's own Black Fiction, whose Ghost Ride {Howell's Transmitter} is replete is lo-fi mélanges of beats, random instrumentation and odd, layered vocals. It can be hypnotic, like "Great Mystery", unusually full of 70's pop feel such as "I Spread the Disease" (which can somehow achieve both being irritating and invigorating simultaneously) and the surprisingly tender guitar plucked "I Hope You Never Die". It is by no means a masterpiece, but it will make you feel like you're starting to fill that empty hole where your soul should be, Jeff. (7.1/11) Buy it!

A: Technically, Ed, that isn't a question. However, I'll forgive that because I know that Progressive rock can throttle one's mind. Just look what happened with Styx (Killroy was Here?!) or Pink Floyd (The Division Bell?). I'm not entirely sure, either, what exactly is "progressive" about Prog Rock. I mean, think about it, it is a genre that pretty much makes you think of the 1970's anytime you hear it played by anyone. Is that progressive? It is like saying progressive politics are the policies of Jimmy Carter (history's greatest monster!) or that progressive vehicles include the 1972 Ford Gran Torino. It is a little baffling if you ask me, but what else can you call it when you seamlessly blend arena rock anthems with towering synthesizer lines into songs that clock in at over 5 minutes each, like Secret Machines' new album Ten Silver Drops {Reprise Records}. It is not a bad album, but it has a time warping effect when you listen to tracks like "All at Once (It's Not Important)" that has enough space sounds to feel that the Secret Machines could have a long future in laser light shows. Admittedly, it is a little less sprawling that their debut Now Here is No Where (clever, eh?), but it just never seems to gel other than on tracks like "Lightning Blue Eyes" or the truly bizarre and Rush-like "I Hate Pretending", both of which are at least worth a cursory listen. There, happy now? I think I need to go listen to some MC5 to clean out my head. (6.3/11) Buy it!

Q: What happens to dance-rock bands when they die?
– Marie, California

A: Good question! Anybody notice the attrition rate for the dance-rock bands? Franz Ferdinand's second album did about as well as the 2003 Tampa Bay Buccaneers, eh? I mean, it's no fault of their own. Garage rock was the same way, and its not like You Could Have It So Much Better was bad… on the contrary, it was probably a more solid effort than their debut, but, oh, people are fickle. So, how does a band handle this? The Rapture just seem to say "too bad, we're going to continue to play this stuff and even make fun of you for not dancing!" Well-played I say. French Kicks, a peripheral member of the movement in the first place, abandon all of their dance shoes back at the Salvation Army store and become a straight up indie rock band. Two Thousand {Vagrant Records} is an odd album: sonically it's a great listen, but if it lacks anything, its hooks. Maybe that is why the French Kicks were miscast as a dance-rock band anyway? That is the real key for dance-rock in the first place. However, in its place, we get some real gems of indie rock, like "No Mean Time" that has a slight 60's pop feel or "England Just Will Not Let You Recover," a strange little pseudo-New Wave song that glimmers along the surface as the vocals are practically Sigur Ros-like in their melodic qualities. It is really the intervening filler that baffles the listener, it just feels like the French Kicks are on the cusp of something (not entirely sure what), but they just didn't make it this time around. (6.9/11) Buy it!

Ok, I feel better. Hopefully you do too. Next time, I promise to notice that I'm 8 months behind sometime before December. September maybe. That seems a little better. Maybe.