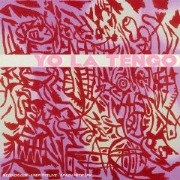 If it seems to you that Yo La Tengo has been around since the dawn of time, you're not too far off. In the twenty years and twelve albums later, it seems crazy that Yo La Tengo are hitting their stride on their latest, the wonderfully titled I Am Not Afraid of You and I Will Beat Your Ass. You wonder how long they can keep it up, but just like Roger Clemens, any rumor that they might be hanging up the cleats any time soon seem to be unsubstantiated speculation.

I have to admit, I am by no means a Yo La Tengo expert like many people I know. I've always appreciated them from afar and certain songs of theirs are some of my personal favorites ("Nuclear War" and "Speeding Motorcycle" to name two). So, I may not be able to fully intercalate I Am Not Afraid… into the complete Yo La Tengo oeurve, but I can recognize a good album when I hear one, and this is one. It reaches into such a variety of styles and sounds so in a nearly flawless fashion that you really feel like Yo La Tengo just put together a "this is our life" album for us all to enjoy.

As if to set the table, I Am Not Afraid… opens with a very Velvet Underground/ Galaxie 500 noisemaker, "Pass the Hatchet, I think I'm Goodkind," that's chock full o' fuzzed out guitars wailing as Ira Kaplan murmurs over the music. It seems to be quintessentially Yo La Tengo right down to its sprawling 10:46 time, which slips by so gracefully that you'd think the song was four minutes long. However, as soon as that song winds to an end, they present us with the perfect little pop gem of "Beanbag Chair" that's almost the antithesis of "Pass the Hatchet…," with a cute horn section and head-bobbing melody (and a mere 2:23 run time). A similarly quirky and fun song is "Mr. Tough," a bounding song with a strong 60's melody. Yo La Tengo's ability to jump genres seamlessly makes them such a treat.

"Black Flowers" is a dark but touching song that has a touch of, well, it's hard to say because more likely than not, Yo La Tengo came first. In any case, it's a song that Ben Gibbard would be tripping over himself to get his hands on. Then, just as suddenly, they hit you with "The Room Got Heavy," where Georgia Hubley drones the vocals over hypnotically beat congas.

It's remarkably hard to feel like you can adequately quantify an album of this breadth in a single review. "Sometimes I Don't Know You" is a gentle pop-rock tune, while "I Should Have Known Better" is a rollicking indie rock song that's what Belle & Sebastian aspires to with its unstoppable hum-ability. "Watch Out for Me Ronnie" is the Beach Boys meets the Beastie Boys wrapped in an indie rock skin. Yeah, exactly. How do you do something like even moderate justice in text? It's not only hard, it might be next to impossible. The album closes on the appropriately titled "The Story of Yo La Tengo," a expansive 11+ minute scorcher that's sonically satisfying on an album that covers so much ground.

Yo La Tengo deserves all the accolades it gets, and the ability to put together an album like I Am Not Afraid of You and I Will Beat Your Ass at this point is just a testament to their musical genius. The album seems both familiar and excitingly new at the same time, something that might be the most difficult thing to do in rock and roll. While other bands seem content to spin their wheels, fade into the darkness, or get lost in their own experimentation, Yo La Tengo still has the skill to weave it all together into a album that not only fits together, but keeps us hoping for more.