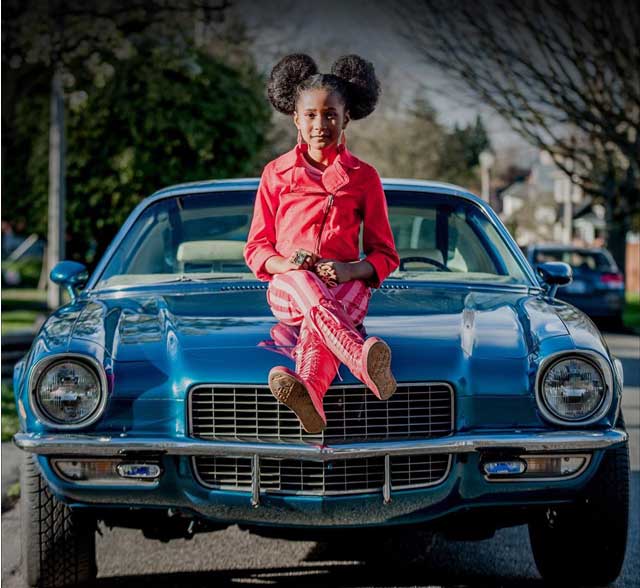 Are you there, TIG readers? It’s me, Imaginary Dana. It’s been {insert far too large a number} years since my last post.

But I’ve come out of imaginary retirement because there’s just too much goddamn musical goodness in Seattle this April, and I’m bursting to share it all.

Here’s the first gem: Seattle duo Fly Moon Royalty have just dropped this incredible video (for the even more incredible song) “Grown Man” and you need to watch and listen, right now.

As I’m typing this, only 75 people have watched this so far, so you can literally be one of the first people in the whole wide world to experience it. One day, you will tell your grandchildren this, and they will gasp.

As if the song weren’t amazing enough, the girl playing “Little Adra” (aspiring Seattle actress Chanicka Culcleasure) is amazing. She effortlessly blends a sense of innocence and sass to a clearly confrontational situation, bringing a sense of peaceful neutrality to her (presumed) parent’s argument, one which persists till the end for the viewer. I found myself unsure who to side with in their domestic squabble. Was he the innocent hard-working man he claimed, or the philandering man-child she accused him of being? And really, does it matter? So goes love.

“Grown Man” is just great, star-making work. Which brings me to one of my primary motivations for coming out of imaginary retirement: Why oh why isn’t Adra Boo an internationally famous and revered diva superstar yet?!? This guilt lies with all of us, Music Fans of Seattle. It is our collective failing as a city and a people, and I simply can’t live with myself if I don’t do everything in my power to amend this situation, post-haste.

Huge thanks to City Arts magazine for debuting the single. You have done your part. You can read their excellent coverage of the band here.

“Grown Man” is the debut single for the forthcoming record Delicious Trouble, which releases on April 22nd. Celebrate the release with Fly Moon Royalty at Chop Suey that night, alongside Breaks and Swells, CoCo Columbia and J-Justice. Get yer tickets early, as I’d bet a pretty penny this show is gonna sell out.

And also because Adra and Fly Moon Royalty are gonna be crazy famous on the success of this record. Say you were there! I’ll be proud to say I was.

Unless I can’t find a babysitter, in which case I will openly weep.