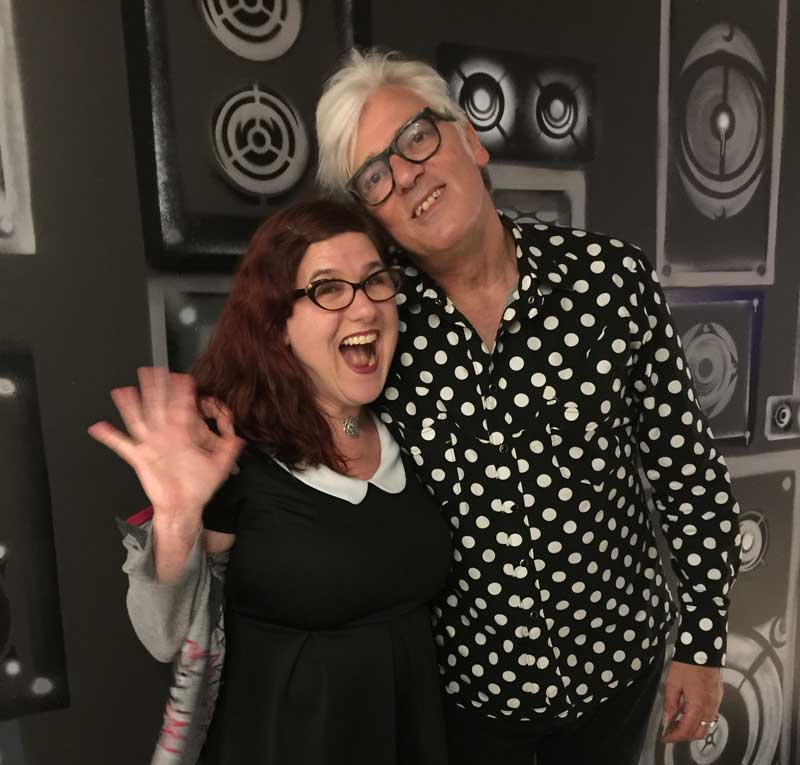 I beamed. I’d just been introduced to Robyn Hitchcock and was having quite the superfan moment. He’d graciously responded to my stammering fan-girl claim that I’d returned to music writing after a seven-hiatus because of him. Well, and KEXP.

When KEXP wrote that they were hosting a press event in advance of their New Home Grand Opening this Saturday, and that Robyn Hitchcock would be playing in the brand-new (and completely amazing) public space in front of the DJ booth, that was all it took. The double-whammy of seeing and supporting the new space, as well as seeing Mr Hitchcock in such an intimate setting, and suddenly, the floodgate opened. I had to write again. So, here we are.

I’d like to tell you all about how visionary and fucking incredible the new KEXP home is. But right now I to need to gush that I JUST SAW ROBYN HITCHCOCK PERFORM FROM 10 FEET AWAY WHILST SITTING ON A PLUSH SOFA AND DRINKING A PERFECT ICED AMERICANO and really, is there any better tribute to KEXP than the fact that all of us are going to be able to have such experiences, over and over, as KEXP has this lease in Seattle Center for 30 years and the space is large and inviting and completely open to the public? It’s magical. 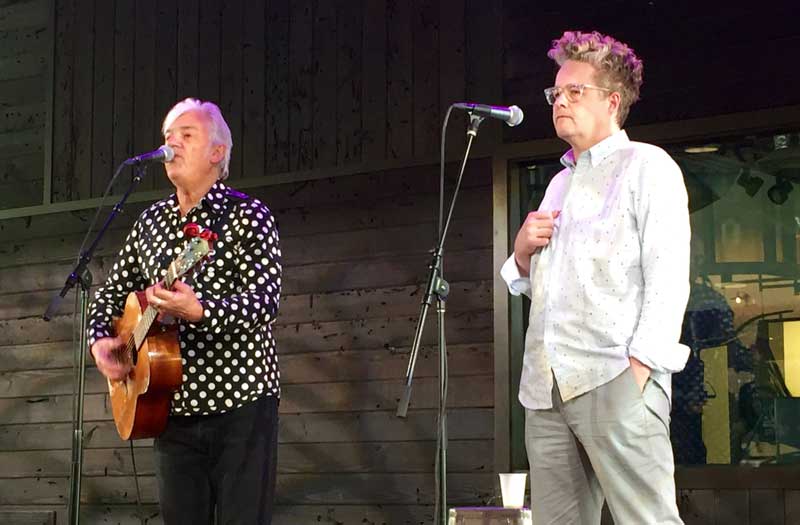 It was a four-song set, performed with the always delightful Sean Nelson (Harvey Danger, the Long Winters) on backing harmonies, opening with the ebullient “So You Think You’re In Love” and closing with the iconic tribute to Seattle “Viva Sea-Tac,” which Robyn noted had the honor of being the first song played in the new space. “”It’s great to be big on little radio,” he quipped. Aaaaaaand now that you’ve read that, you probably need to watch these immediately, which I’d encourage.

It’s always struck me as odd that an Englishman penned such an astute anthem for our fair city. So much of that song has become prophetic, with our mass influx of tech workers (“people flock like cattle to Seattle,” indeed) and our subsequent issues with housing prices and transportation/infrastructure issues our fair city is facing. It can’t be a hard slog some days, getting by in Seattle in 2016. But the jaunty beat and irreverent lyrics also sounded particularly hopeful today, especially for the future of KEXP in its new home: “Long live everything in Washington state, including everybody… May they live to a million years… clustered under the Space Needle.” Prophetic, indeed.

Luckily, I spent the event surround by Very Real/Non-Imaginary journalists, who asked probing questions and took with real cameras instead of iPhones, like the Seattle PI’s beautiful photo gallery of the tour (you can see me in the third photo, capturing the videos you see above!). I’m sure you’ll learn  details from them about how amazingly fucking glorious the new space is–the state-of-the-art specs about the in-studio space, the entirely soundproof DJ booth and video suite, and the intent that KEXP is moving from being an online and on-air radio station into being something truly visionary–a destination dedicated to music discovery, one built to generate community and develop new artists. It’s all true, and then some.

This new milestone for KEXP ensures a home for musical exploration in our city for years to come–perhaps not “millions, “but they do have a 30-year lease on the space. And I, for one, take great comfort in that.

KEXP is hosting a grand opening on Saturday (April 16, 2016) and a bunch of friends (who happen to also be talented musicians) are stopping by to help with the house-warming party:

For those who can’t make it in person, join in the party and here the performances at KEXP.org / 90.3fm.

For full details on all the other activities and souveniers and details about Molly Moon’s “Cheryl Waters Middae Sundae” special, check KEXP’s blog.