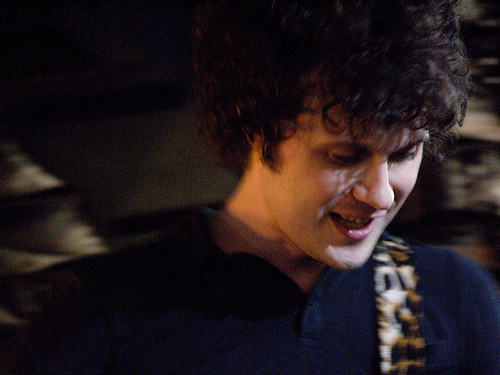 The Fratellis have been opening for BRMC on their recent US tour which has a stop scheduled in Seattle on Sunday May 13th. For months I've been going back and forth, divided on whether I should go see Peter, Bjorn and John that night (at Neumos) or stick with my SXSW loves, The Fratellis.

Well, I procured tickets to The Fratellis show and now The Fratellis website reports (in a really wimpy way) that the band has cancelled the final dates of their US tour – which includes next Sunday's show:

Due to a rigorous tour schedule, spending the last two years on the road, the band have been forced to cancel all dates up until May 13th, 2007.

Dudes, it was just four more shows! Can't they suck it up? I'm sure I'll get over it, but right now all I can think is that The Fratellis can suck it back and forth.

Hat tip to Aversion for the info…