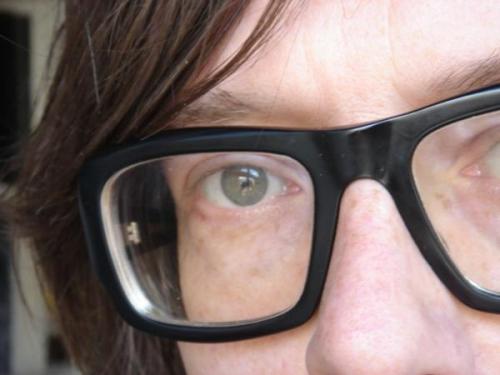 Jarvis Cocker wrote us a message on MySpace! Ok, so it wasn't personally addressed to us… but doesn't his blog post sound like we're old friends? Can you believe that he walked among us at Bop Street Records in Ballard?

It's all kind of a blur in my mind – but I know it happened. North America & Canada between April 22nd & May 1st. Oh yes. First of all, thanks to The Dirty Projectors in New York, Honeycut in San Francisco, Mono in VCF in Seattle & The Choir Practice in Vancouver – fantastic opening acts one & all; you really should try & check them out. Now, what else? Oh yes – thanks to Amy Winehouse & crew for drinking all our beer in Coachella – good for our health. & thanks to The Jesus & Mary Chain, Arctic Monkeys & Gillian Welch for providing a great soundtrack to the day. The second show in New York was filmed by Vice magazine so look out for that going on the web soon. Best record shop in the Western Hemisphere is in Seattle – it's called Bop Street (I think). Vancouver smells nice.

It's full steam ahead with the Meltdown festival now – I'm hoping we can do some kind of deal so bits can be shown on the internet – that way all you lot in foreign climes won't feel left out. All being well there should be some new content on this page now – 'bout bloody time I say. I know – & I still haven't done a new podcast – it will happen, honest. Oh & whilst I was away the number of visitors to this page passed the one million mark – I'll tell my Mum to stop logging on now; I guess I look popular enough.