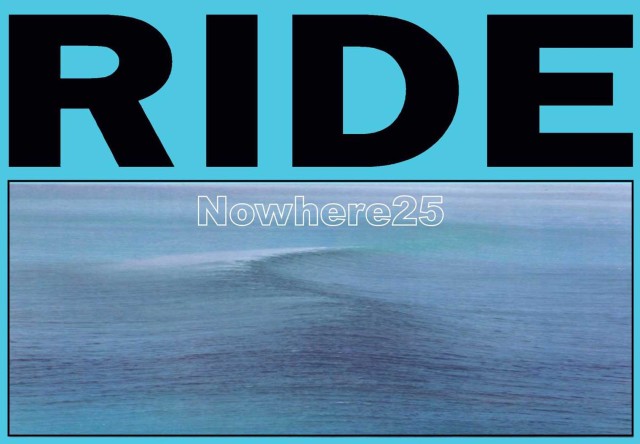 So many daydreams are coming true in the next few days. First Michael Stipe performed a bunch of cover songs in NY, opening for Patti Smith (and there is a wonky but glorious video). Where’s the petition to get him to play Benaroya?

Then this Friday (11/13) is the record release show for the rad new Wimps album at The Funhouse.

And then on Monday, November 16, RIDE WILL BE AT THE NEPTUNE THEATRE!!! To mark the 25th Anniversary of the release of the seminal album, Nowhere, Ride has released #Nowhere25 (a remastered and expanded double record set on heavyweight blue marble vinyl) and a Seattle stop is on the celebratory tour.

Since their official breakup in 1996, I’ve long awaited the chance to see Ride and have contemplated having to take a long flight or time travel machine to do so. Having them visit Seattle and play the beautiful and intimate (by their mega-famous UK standards) Neptune Theatre is an amazing stroke of luck. I’ve been pinching myself for the months since I snapped up tickets (remember my minor twitter freakout looking for a presale code?).

Ride pioneered and perfected shoegazing with lush, dreamscapes of guitars and British swagger. I challenge you not to jump out of your seat at the 0.16-0.19 sec point of “Like A Daydream.”

Win a pair of tickets!
Know what’s mega-dreamy? We have a pair of tickets to giveaway to see our dear Ride at the Neptune Theatre on Monday (November 16, 2015). To enter, email us at tiglovesyou {at} gmail {dot} com with the subject line “Like A Daydream” anytime between now and 3pm, Saturday (11/14). We will pick a winner and email them that evening.

You can also buy tickets if you don’t want to risk it.

I guess it’s just as well Desaparecidos show on 11/18 was cancelled. The possibility of seeing performances by Michael Stipe (albeit on video), Rachel Ratner, Mark Gardener/Andy Bell AND Conor Oberst in the same week is too much for one superfan to handle.

Behold (and listen) – Ride, then and now and forever.

Side note to the Charlatans: I still can’t believe you didn’t come to Seattle on your last tour. Please tell me your making plans to come to the Neptune as well.