While Imaginary Chona did an AMAZING job with her Endfest 2007 coverage, Eduardo Brambila also got some positively stellar shots from the all-day festival. We emailed back and forth about some of the shots and performances, and I thought I'd share a few of the images and precious comments with all of you… 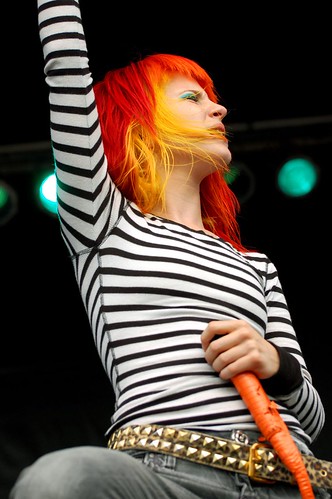 Eduardo: I was hoping Paramore would be done with quickly. To my satisfying surprise, they were AWESOME. Movement and energy dripped in bucket loads from Hayley Williams. Her super bold hair bounced as she climbed on speakers. She's a petite woman with a true rocker heart. Check this band out live if you can, she’s like a can of soda after shaking it, EXPLOSION! (shit I’m creative!)

igDana: It also looks like she's clenching a phallic carrot! But her hair is completely enviable. 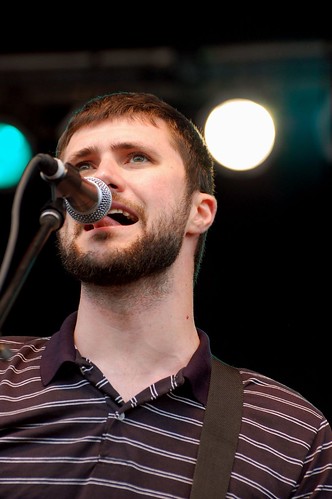 Eduardo: They were definitely one of the more mellow bands in the festival. Although they were the first band performing, they still had quite a following. The main singer was not shabby looking… for sure fun to watch!

igDana: I'm glad you thought so! Straylight Run was one of my lowest points at SXSW. But this photo makes me wonder what sound he was making at just that moment that made his tongue look like that. Crazy!! 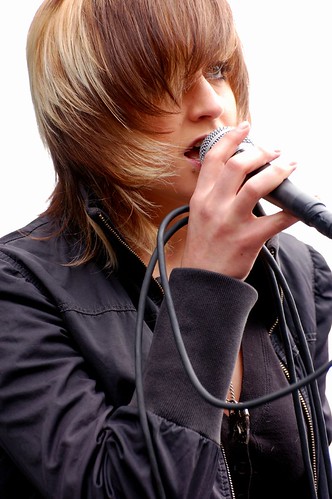 Eduardo: I was debating whether or not to attend Endfest this year, and this band tipped the scale and convinced me to go. I LOVE LOVE LOVE their CD, and I loved their performance. Finally, a band I could sing along with and actually know the words without mumbling. Carah Charnow was very stunning. Maybe because she’s a cute boy.

igDana: OMG YES — she is SUCH a cute boy! 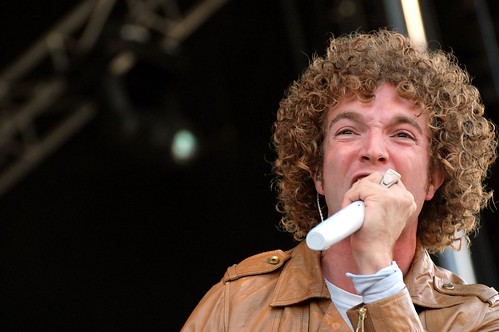 Eduardo: I didn’t know what Steve Bays looked like, and I was entertained with his resemblance to Carrot Top. It was hard shooting him, as I kept expecting to see some weird props. Cousins, maybe?

igDana: Once upon a time I proclaimed he looked like the frontguy from the Bay City Rollers. But he's lost a lot of weight and changed his hair all around. You make a compelling case for a blood relation to Carrot Top. 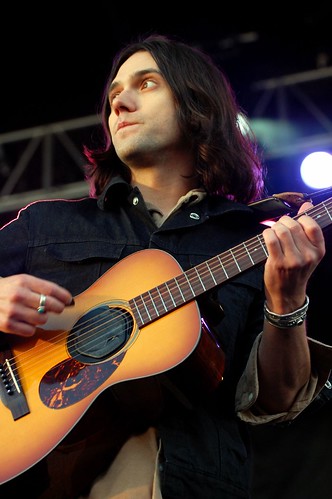 Eduardo: I just remember thinking, “Wow, he looks like Jay from Jay and Silent Bob… from "Dogma," but with black hair. Anyways, Jay or a hobbit that grew up with long hair.

igDana: Ouch. Jay or a hobbit? We also got comparisons to Severus Snape, Jack White, and Jared Leto. Am I the only one who digs the longer locks? (Judging from responses so far, that was clearly a rhetorical question…)

See all of Eduardo's Endfest 2007 photos over on Flickr!