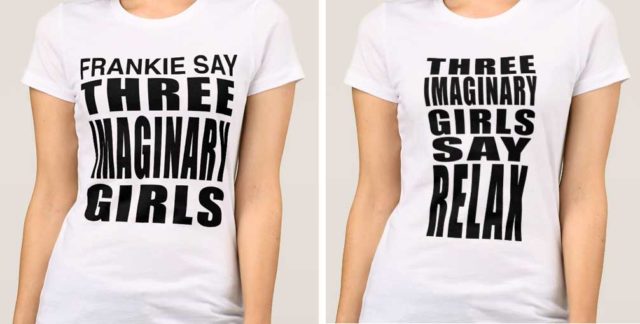 We here at “Imaginary Headquarters” are gearing up for our big birthday bash celebrating 16 years of being Seattle’s indie-pop press. Our New Wave Night will be at Chop Suey on June 17, 2018. {PLEASE COME! DETAILS HERE!!!}

Besides celebrating (and singing along) to all of our favorite New Wave songs, one of the next best things about our upcoming New Wave Night is dressing up. I’m not saying it’s mandatory to wear your favorite fashions from the 1980s, but I am saying that you won’t get as much applause for your teased and hair-sprayed hair talents as you will at TIG’s New Wave Night (on June 17th if you missed that part).

If you’ve ever suffered through a Halloween party with me, you know I’m pretty bad at costumes and dressing up. Even though I actually remember living through this era, I carelessly got rid of my asymmetrical puffy shirts and hot pink skirts. The last few weeks I’ve been scouring Seattle’s finest vintage shops and the internet to help me figure out what to wear to the big party. Then I realized the dream scenario – an imaginary-themed shirt could be part of my New Wave Night outfit! And because I’m so excited for the party, I made two of them! 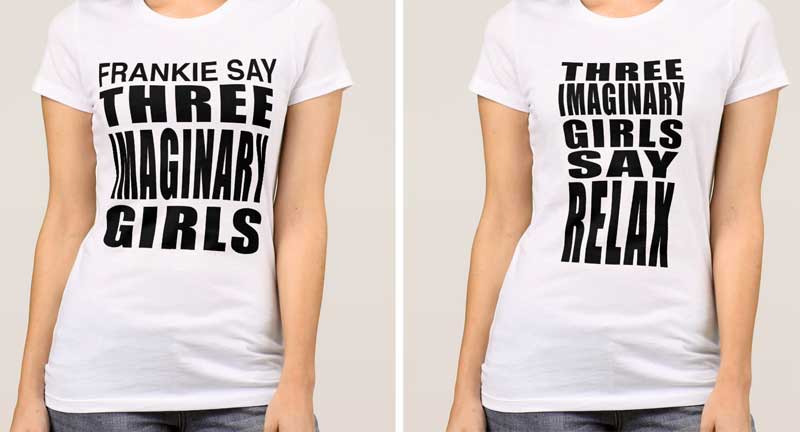 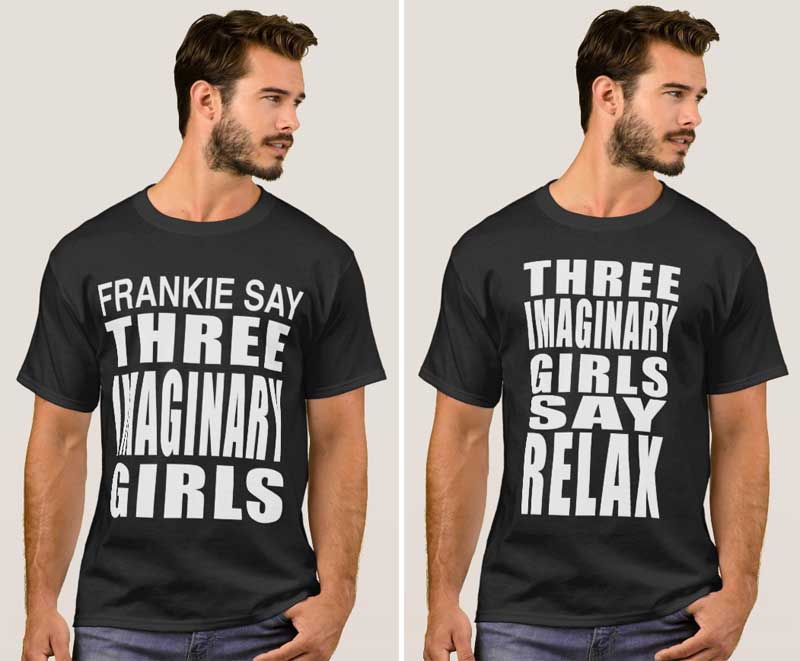 Let’s travel back in time when Frankie Say Relax shirts where all the rage. Remember the “Choose Life” variation in the “Wake Me Up Before You Go-Go” video?

Side note: Choose Life was inspired by a Buddhist exhibit rather than an anti-choice sentiment – even with that I still feel a little weird wearing such a huge slogan outside of a Wham show.

Or you might just remember Frankie Say shirts from this episode of Friends?:

So… are you in? You’ll certainly wear it better than Ross. Want to join me in donning an imaginary-inspired take on this 1980s classic? I put up the designs on Zazzle so you can order it in whatever type of shirt (you can customize to a mens or kids shirts, too!) or color you want (wanna go dayglow?):

I wanted them to sell at cost, but Zazzle requires us to add a mark-up on it. I put the minimum, which is 5% equals out to around $0.80 per shirt. If you order a shirt, show it to us at the merch table on the night of the show and we’ll give you a free imaginary button to make up for the $0.80 added on to the cost. Also, as I type this, Zazzle is having a sale so just enter in the special code and you will get it for a sale price! Pair with some fishnets or some fake jordache jeans and you’re set!

We’d love to see a photo of you in your shirt and share it on the socials. You are going to look so choice.

And just for the English majors among us, I did question if I remembered it right – was it really Frankie SAY and not Frankie SAYS? I did what any sleuth on a fact-finding mission would do – I referenced a 1980s forum on a message board. Looks like it really is Frankie SAY (a claim which is further substantiated by the Ross clip above).