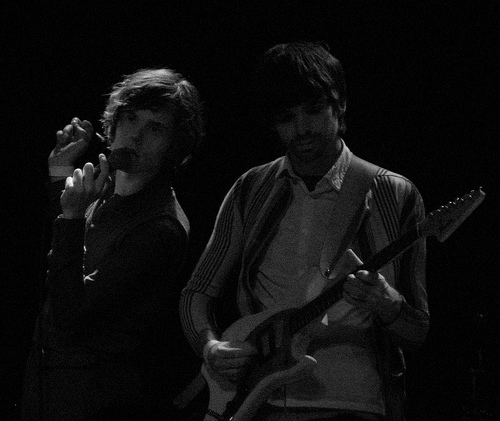 The Parenthetical Girls get festive with {free} holiday songs 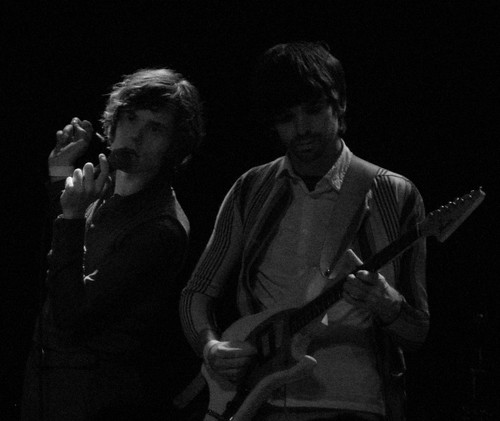 Portland’s Parenthetical Girls are the masters of the sublime, crafting dreamlike fairy tale states out of jagged melodies and fragile poems. To anyone familiar with them, it’s no surprise that they’ve chosen to release the most wonderfully contrary holiday songs to mark the season… and, oh dear, are we a sucker for festive limited edition vinyl.

“Thank God It’s Not Christmas“—Inspired by two discreet stone classics from the Mael’s bloated back catalogue, our rendition of Kimono My House’s resolutely anti-holiday anthem attempts to shoehorn the song into the style latter-day Sparks records—specifically, 1983’s In Outer Space. We didn’t say it was a good idea.

“Flowers For Albion“—A cheery original about the Christmas Blitz of 1940.

Furthermore, we’re pressing an extremely limited run of 7″s for the occasion this year, primarily as Christmas gifts for our friends and family (surprise, everyone!)—but we’ve decided to release a scant number of them publicly (150, specifically) to help defray some of the production costs. You’re more than welcome to just download the tracks above for free of course, but in the event that you might want to own a little piece of the magic, here’s the deal: The record will be housed in a fancy, letter-pressed sleeve handprinted by Zac, and will shipped just as soon as we get the vinyl back from the plant—on approximately December 15th… (hopefully) just in time for Christmas. Pre-order available here (http://parentheticalgirls.com/news/news/79/), to ensure that you get a copy before they inevitably sell out. Because Christmas is nothing without commerce.