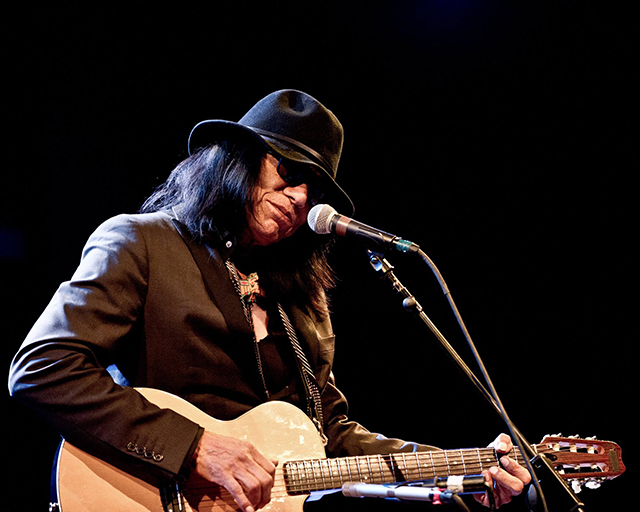 American folk legend Rodriguez is heading our way in a couple weeks, and it’s sure to be a memorable performance you don’t want to miss.

In the early ’70s, Sixto Diaz Rodriguez was a struggling musician in Detroit, creating two records of rock n’ roll tinged, genuine folk music that just didn’t seem to catch on. Decades later, after giving up on music altogether, he discovered he’d become a musical voice to the masses of South Africa. His counterculture ideas had hit home there in a big way during apartheid and he was something of a cult icon. Rumors had circulated of his death years before, and several fans set out to find him and bring him to South Africa for a massive tour, documented in the film Searching for Sugarman. Since then, listeners in the U.S. have FINALLY caught on thanks to re-releases of records Cold Fact and Coming from Reality by Light in the Attic Records.

His visceral recordings feel as though you’re already old friends, and he might even be playing right there in your living room. It’s sure to be an exceptional set, and one you’ll want to catch while you still can.