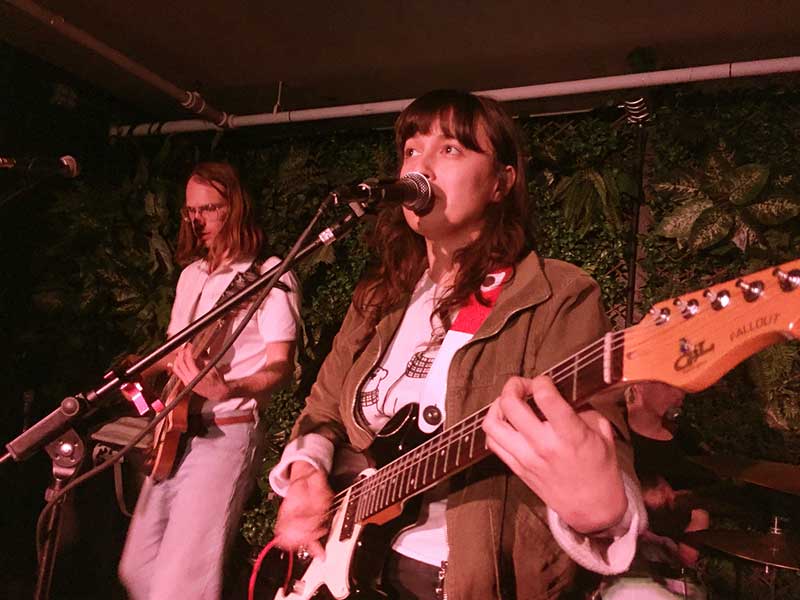 The Beths at The Timbre Room

The upside to making repeated public exclamations about one of your favorite bands is that when one of your smarty pants friends hears another band of the same ilk, they pass along the important intel. Huge thanks to my super smarty pants friend, Chris Estey, for nonchalantly sending me a link to the debut album by the Beths {The Future Hates Me} earlier this year, noting that they had an Allo Darlin’ twinge to their songs. He knows me too well. It shot up to the top of my favorite albums of 2018 (if not this era).

The Beths are a scrappy indie-pop band from New Zealand. They buck the slick synth trends to make a sweet sound that combines Courtney Barnett and Eux Autres and The Lucksmiths into a charged pop songs. Their songs are frank and fun, truthful and playful.

With all this love and adoration for the band’s songs, it’s a lot for the band to live up to – especially given their show Tuesday night was their first time in Seattle. I am happy to report they lived up to and surpassed my expectations. Ermm… actually that’s kinda putting it mildly. They were soooooo good. 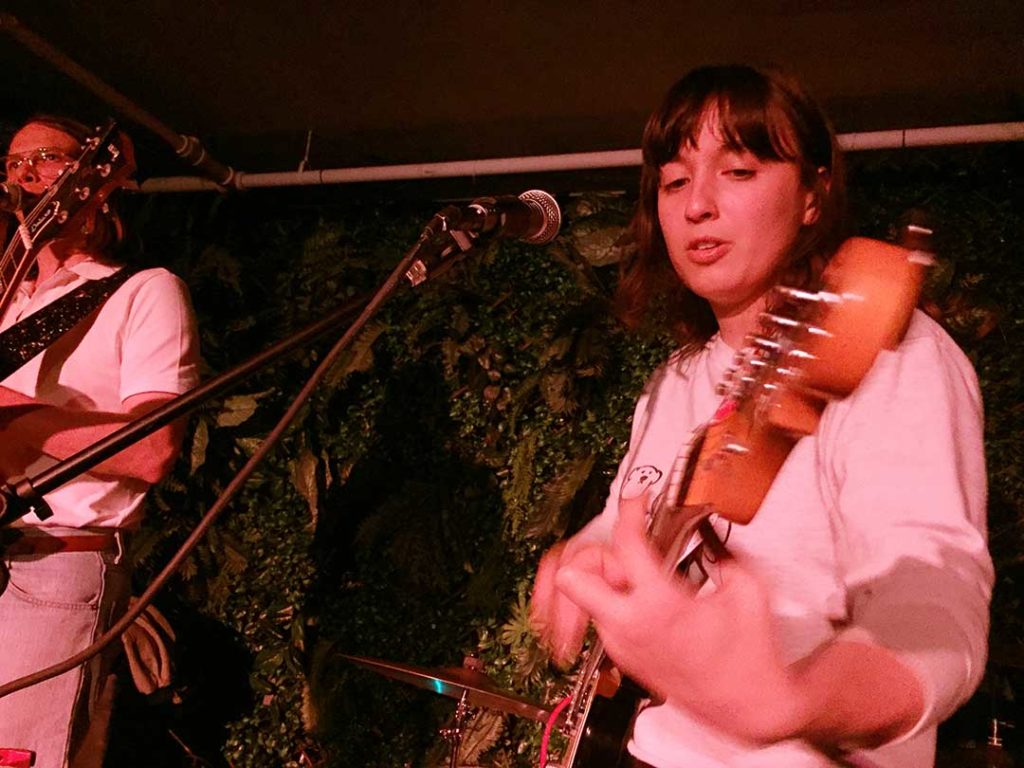 They started the set with my {current} favorite song from their debut album, “Future Me Hates Me.” Then filled their 45 minute with a set with songs form their album and their Warm Blood EP (released back in 2016, still available on cassette!); Highlights included: “Happy Unhappy,” “You Wouldn’t Like Me” (the HANDCLAPS!!!), “Whatever” – and the single song encore of “Not Running” (we really wanted them to play all night, even though they kept trying to humbly comfort us that it’ll be ok and we’d get to go to bed soon. PS – we were home by 10pm, YAY!). 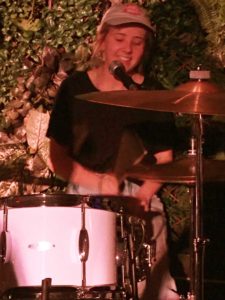 Their cute / slightly unsettled banter was top notch and included a joking reference to the increase in their cred back in Auckland thanks to having a “sold-out” show in Seattle and a glowing (and audience-appreciated) shout-out commendation to KEXP. Each member of the 4-piece was spot on and played the songs with striking detail and care (they are four jazz students who met at the University of Auckland, after all). They each deserve their own write up of praise (and thanks for coming to Seattle). I’m not sure if the drummer (Katie) is just part of the touring the band or is the new permanent drummer (on their recordings it lists “Ivan” as drummer) – but can I submit some kudos for her end-of-year performance review? She was stellar in helping the band bring these songs to life.

Hats off to opener, Coach Phillips. The band was handpicked by the Beths to open and I most enjoyed their cover of Metric’s “Combat Baby,” which was the last song in their set of originals (+ a cover of Jay Som song?). They were full of gusto and they might be one of the more courteous bands I’ve encountered lately. I appreciate they kept us in the loop of the evening’s timeline and announced the Beths will be up in 30 minutes. Can more bands do that? It helps us audience members accurately budget our time for drinks / bathroom breaks.

I’d be remiss if I didn’t also profess my new love of The Timbre Room. This was my first time there and I can’t wait to see another show in this lovely space. The greenery stage backdrop, the cozy quarters, the unmarked entrance (once we figured out we were to walk through KREM to get there I felt pret.ty cool) – I loved it all. Ok, so it was a little dark in between sets (I nearly had to hold on to my show buddies for fear of losing sight of them!) and the blacklight in the bathroom didn’t do my germophobic tendencies any favors – but those are minor details.

A look at their {slightly intimidating} tour schedule has them going non-stop until February 2019 – through the US mid-west, east coast playing small venues (highly recommend) and then on to Europe to tour with Death Cab for Cutie. I highly recommend you find a way to see them on {very likely} their first time in your town. 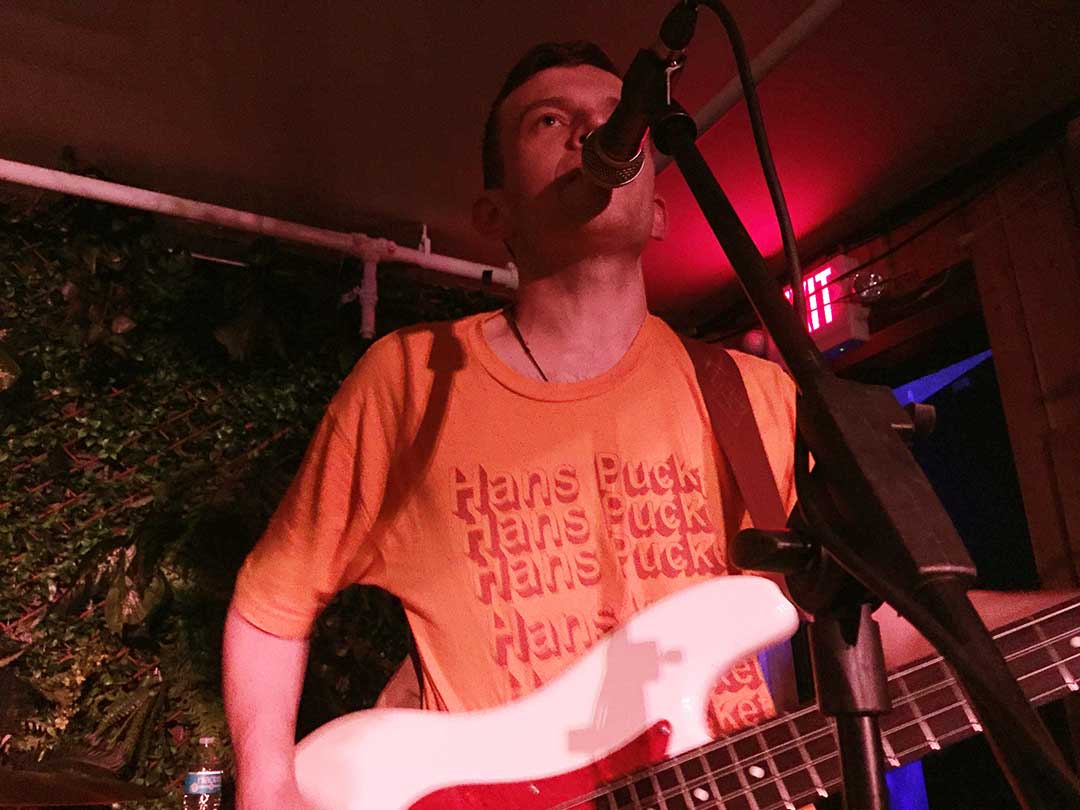 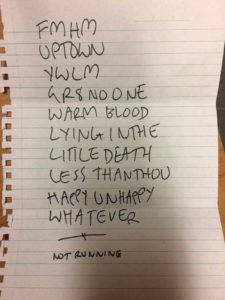 Friend to friend – here’s some important intel for you!

(3) Buy their debut album (pre-orders for a 3rd round of colored vinyl!)

(4) As mentioned, they played a set at KEXP while here, so let’s all be on the look out for that to get published to the KEXP website.