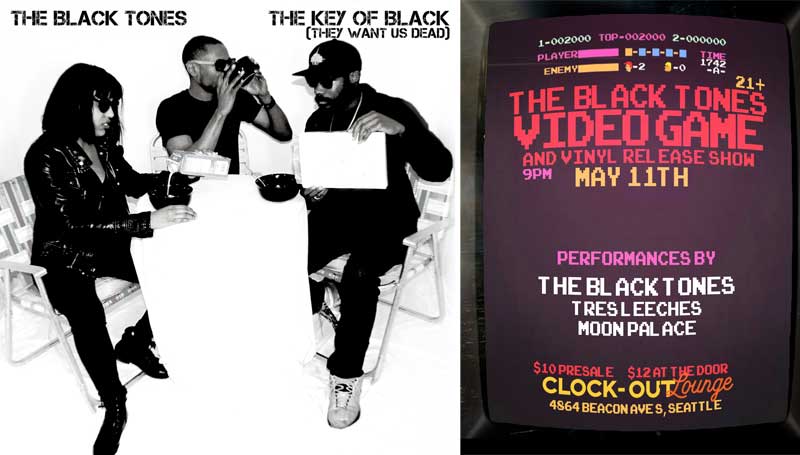 The Black Tones aren’t content with just releasing one of our favorite songs of 2018 (“Key of Black”) – they take it up a notch with the creation of a video game — “an old school 8 bit Kung Fu game with The Black Tones as the characters. They will be fighting off skinheads, the Nazis and the KKK. The song “Key of Black (They Want Us Dead)” will be the feature music in the game — but the graphics are old school 8 bit style.”

“Key of Black (They Want Us Dead)” hypnotizes with the TBT signature blues-infused punk taking the listener on a sonic journey that would make both Jack White and PJ Harvey jealous. Listening to it makes me feel like I’m in a film that’s much more interesting that real life. And while we’re on the topic of life + film…

Next Friday, May 11th, the band will celebrate the release of the game and the 12“ release of their single, “The Key of Black (They Want Us Dead)” at the the Clock-Out Lounge with Tres Leches and Moon Palace. Word has it that a new EP will be released in the fall.

I’m not sure if quarters are required to try the game out, but I’m packing my pockets just in case.