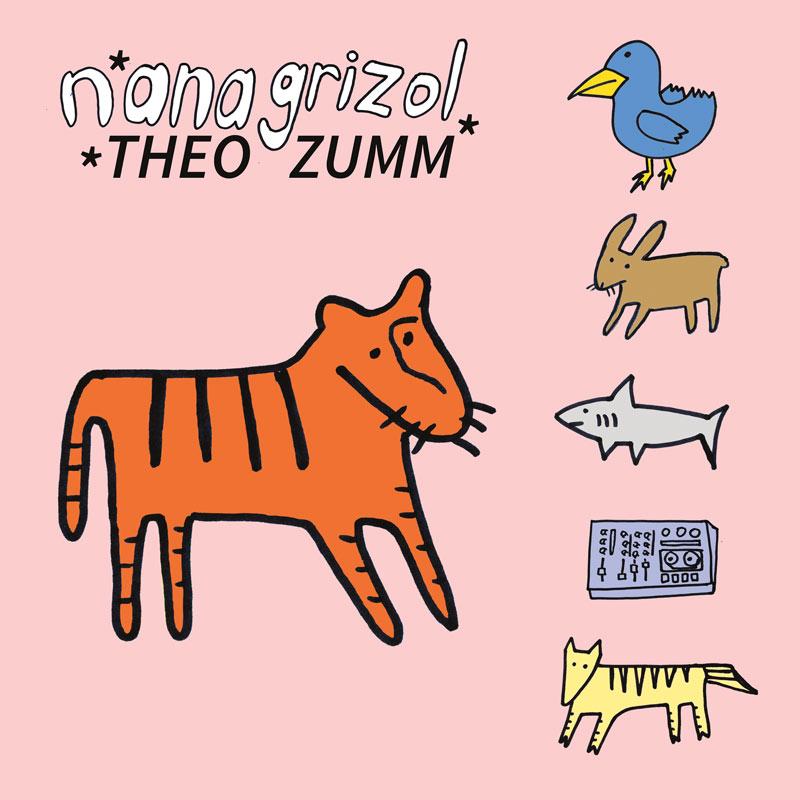 The first Nana Grizol album I ever heard was their debut album, Love It, Love It. It was way back in 2008 and it was the perfect record at the perfect time – full of hope, amity, joy, vulnerability, and yearning. Actually, it’s still the perfect record for any time – the album’s title couldn’t be any more apt (read about the first time I heard the album OR just go listen to it yourself).

Since then, there have been 2 more Nana Grizol albums and an EP. I probably don’t talk about all these releases enough, but they are each highly recommended. (oh wait, that’s the sound of my friends yelling, “You talk about your love of Nana Grizol songs all the time!”).

Nana Grizol songs are so heart-wrenchingly beautiful and meaningful, complete with lyrics that make you rethink your entire attitude towards life and not feel so alone. For example: “Cynicism isn’t wisdom/it’s just a lazy way to say that you’ve been burned” from “Cynicism” and “So you made a family from people you found / Your grew into yourself with those weirdos around” from “Photos From When We Were Young.” (Can I just keep pasting my favorite NG lyrics here for another 1,600 words?)

With all this love for all things Nana Grizol, it’s no surprise that I got lightheaded when Theo, Nana Grizol’s frontman, asked if TIG would share a track from his latest release. The new album, titled Theo Zumm, will be released ON VINYL and digitally on October 19 on Cruisin’ Records – the new record label Theo and Clyde Petersen (of Your Heart Breaks, film director, and all around important Seattle artist).

Theo Zumm is a 25 minute-long album of 20 songs recorded from 2003-2005 in Athens, GA and Bloomington, IN – mostly by Theo but with some help from pals. As Theo describes it, “some of the songs became Nana Grizol full-band jams, some did not, some were modified greatly.”

For me, the album is an insider’s mixtape of lo-fi, DIY punk stabs (along the lines of Theo’s other, highly recommended, band: Defiance, Ohio) and ditties that warm my heart with exposed chords and immediate emotions. The collection is a living room show for the senses (pre-order it now!).

It’s hard to pick which one to choose to premiere here without just going straight for the ones I know from the previous albums, like “Circles ‘Round The Moon” (one of my favorite songs of all time). The song “America” is a grand 34 second “fuck you” to the right (which I am always all for). “Careless Cupid” is a sweet 35 seconds about longing that I’ve already set to repeat in my iTunes. “Tin Foil Boats” is a lively sing-along that makes me want to hug you.

Here’s “Medical Center parking Lot-Will We Ever,” which is the best of both words; It’s a lo-fi backyard punk song that ascends into an early excerpt of “Everything You Ever Hoped or Worked For” from Love It Love It).

The song is a special one. Theo explains:

[quote style=”boxed”]The thing about this song is that it was written when I lived with a bunch of pals in a house called “the big-ass-happy-ass-family house” and we all rode our bikes to an old warehouse complex–now a hub of fancy businesses–where the roof of one of the warehouses had burned out and a giant tree grew inside the space. I think this song both captures a moment of young punk queer family bliss and our emergent entwined politics and aesthetic sensibilities that sought beauty in burned-out buildings and intimacies removed from money (at least by our own perceptions at the time) the song moves into a retrospective wondering if we’d ever be so certain of our place in the world and what we were doing–a concern made stark to me today when I think about punks’ place in gentrification etc… What a nostalgic feeling I get from this song now![/quote]

Go pre-order your copy of the album!

In show news that I sadly can’t participate in: Nana Grizol will be making their way around the southeast in October to share these songs in person. They’ll be touring with Bad Moves (which, if you’re following us on twitter, you know I love their debut album as well). Go see them if you’re in the area!: