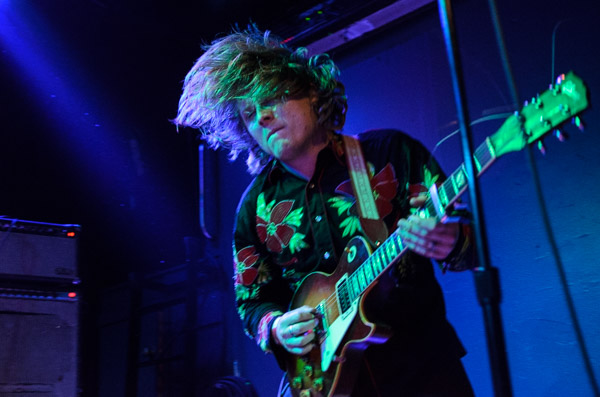 Local band Gazebos are the kind of act it takes awhile to catch on to, but I like them more and more every time I see them. It’d been driving me crazy for ages, but I finally figured out what they remind me of – early Altered Images with more of surf bent! PHEW. Each song is like witnessing a piece of performance art by singer Shannon Perry. She absolutely puts you in a trance, pacing from one end of the stage to the other while reaching out to her lyrics as they hang heavy in the air. Their songs are catchy as hell too. Check out their 2016 record Die Alone if you haven’t already! 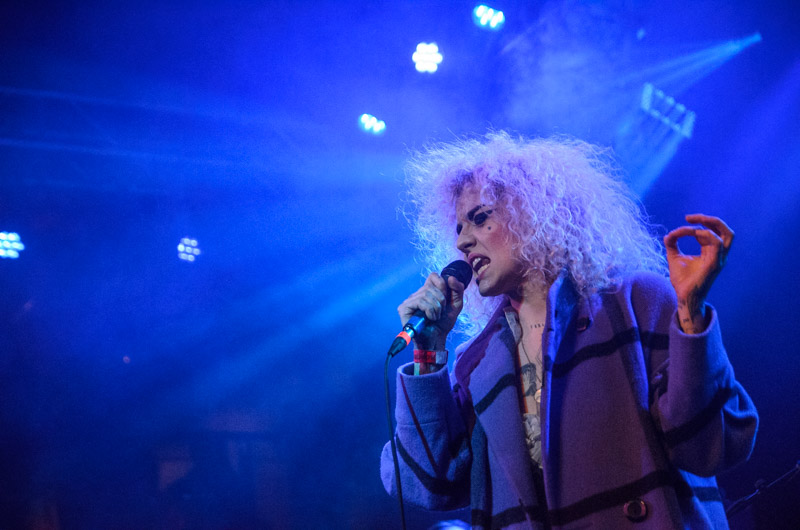 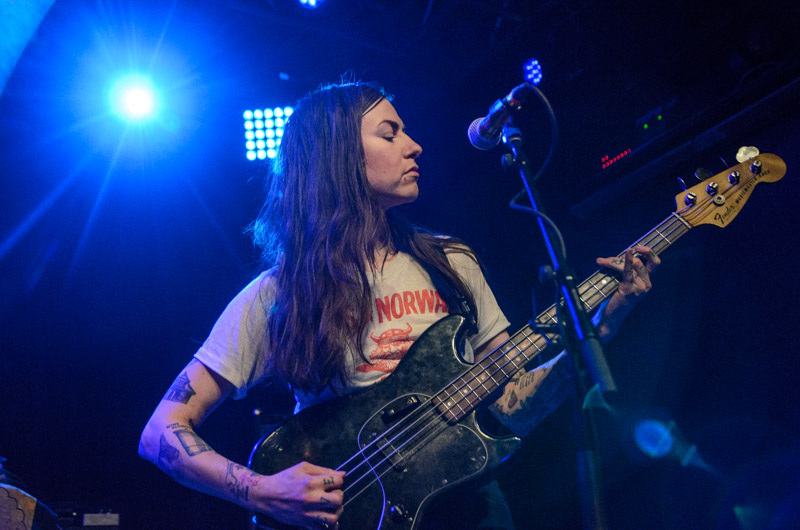 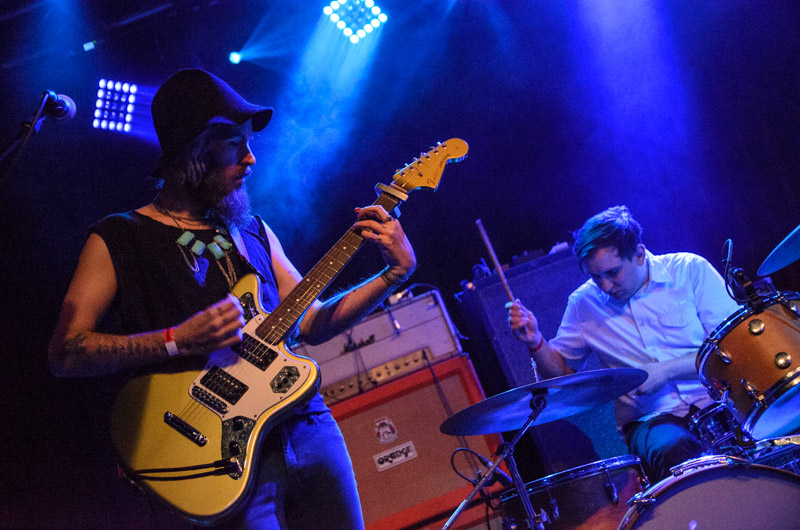 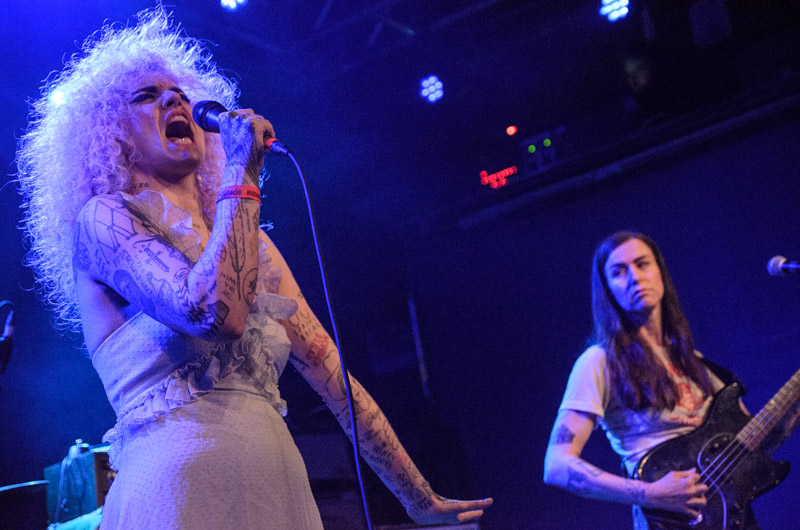 This trio busts out guitar heavy psych anthems along to a drum machine. There were two guitarists singing harmonies and a bassist. When it worked, Axis: Sova was awesome, but I have to say, I really wish they’d had live drums. Or at least changed the beat a couple of times in the song. It drove me NUTS. The drunk kids dug it though. 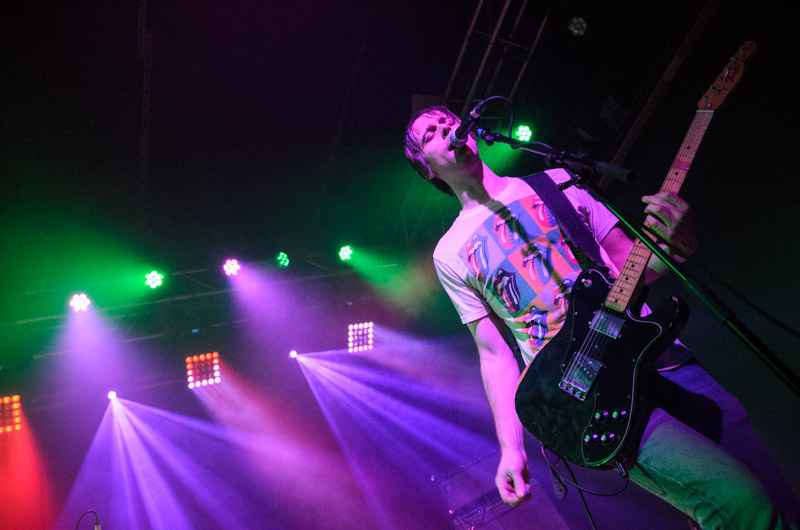 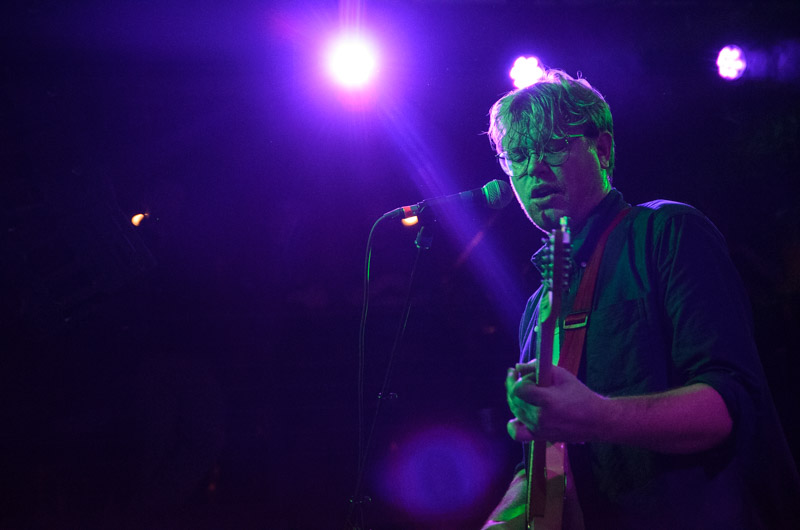 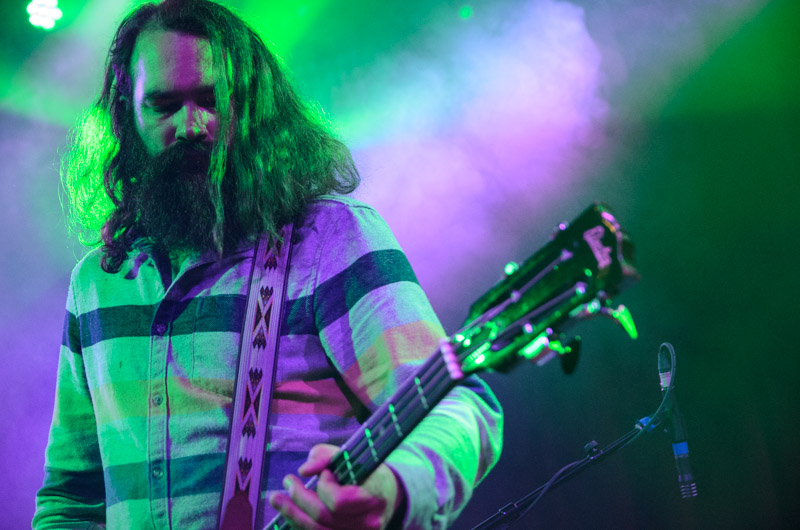 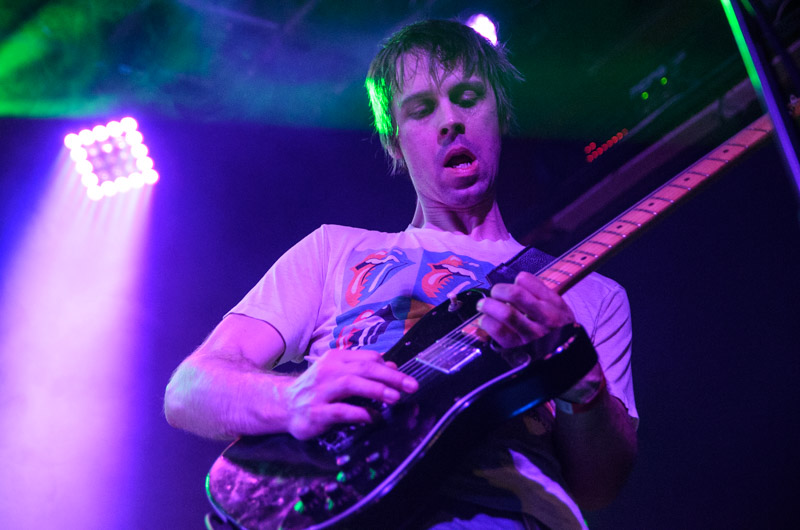 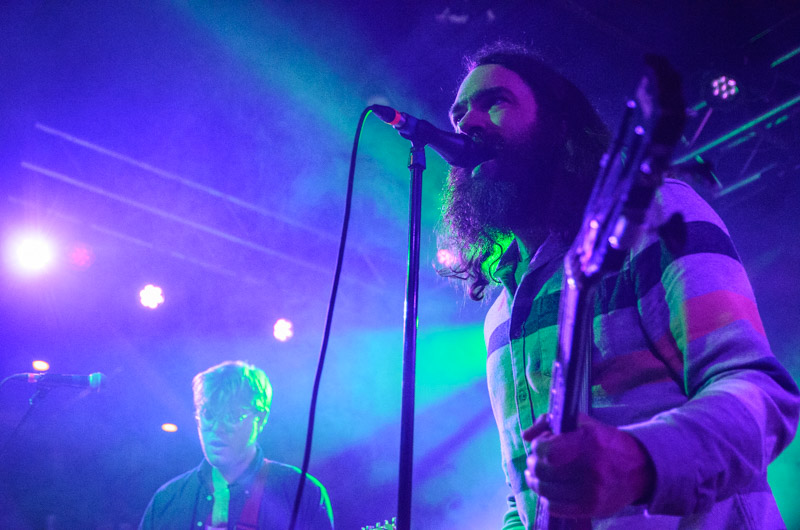 Ladies and Gentlemen it’s time for the main event! Ty Segall walked out onto the stage with a cape on like some kind of prize fighter. The very second the first chord was played, the crowd completely lost their collective shit. Hair, fists and bodies were writhing in pure elation. Ty slammed through multiple tracks off his new self titled record like a bat out of hell. In fact he might even be that weird bat demon in the movie Fantasia, a colossus of rock n’ roll, breaking free from his mountaintop and urging his minions to do his bidding. This crowd would do ANYTHING for him. He is worshipped as a punk rock saint. You can tell his band adores playing through these splintering tracks every night as they rarely stopped smiling. It wasn’t my first Ty Segall rodeo, and though I knew a mosh pit would undoubtedly explode into this fever dream, it’s still definitely intense to be right in the front and repeatedly pancaked against the stage. I couldn’t tell if Ty was laughing cause his voice was cracking or if he could hear me periodically yelling “OW MY CROTCHHHH!” When the band suddenly launched into a Who cover, I couldn’t help but laugh along as a crowd surfer narrowly missed stepping on my head just as the whole place sang “You are forgiveeeenn!!!” 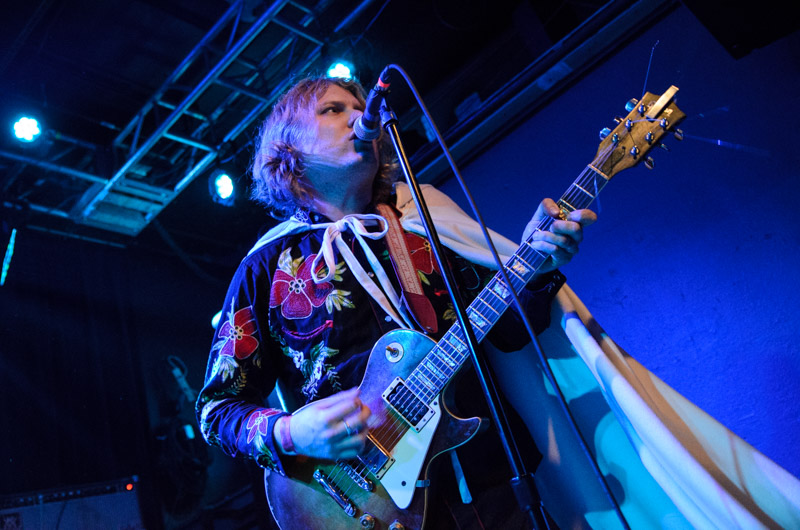 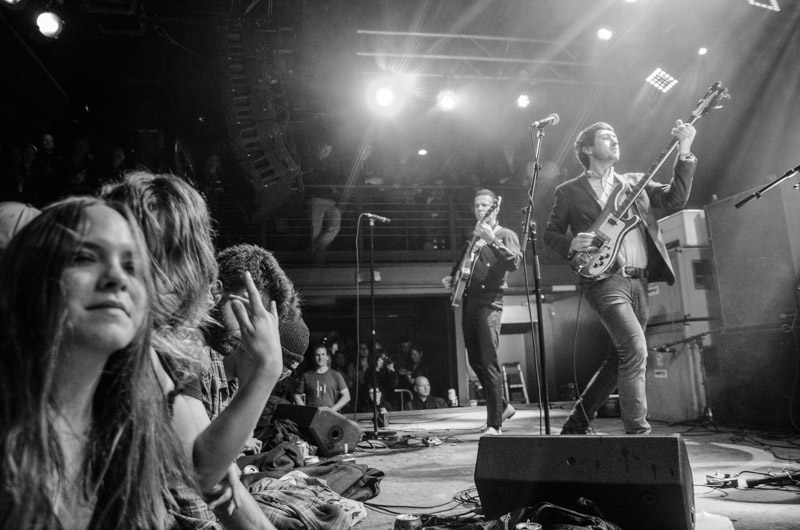 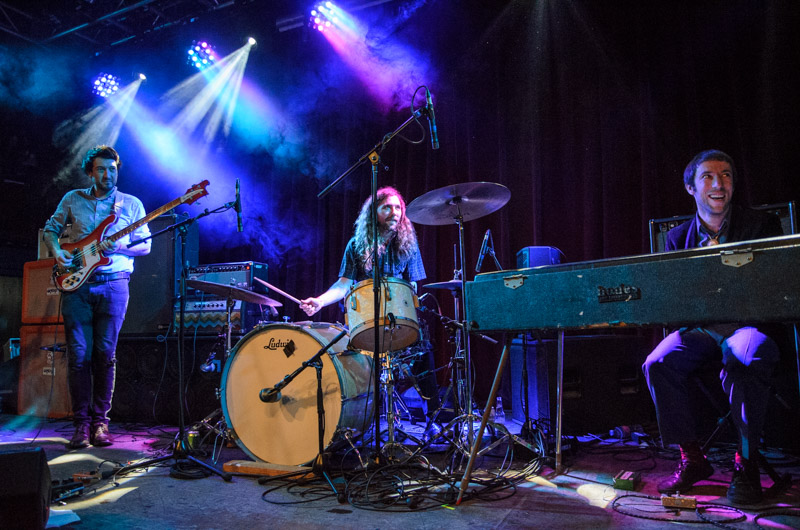 Ty was sick with a cold, and the set had done a number on his voice. During the last song of the night he gave up, saying, “Does anybody know this fucking song? Just come up here.” Of course a long haired young man immediately volunteered as tribute. The mic was handed over, and though it wasn’t perfect, he was doing decently enough and swinging his hair around like it was 1994. The dude handed the mic back and crowd surfed into the audience with devil horns a blazin’. He didn’t get too far and made it back to the stage, where Ty handed over his guitar while the rest of the band kept playing. Long haired dude was a SECRET SHREDDER and ripped multiple solos out, leaving Ty to bust a gut in amazement on the sidelines. He festooned the shredder in his cape and congratulated him on an excellent show. 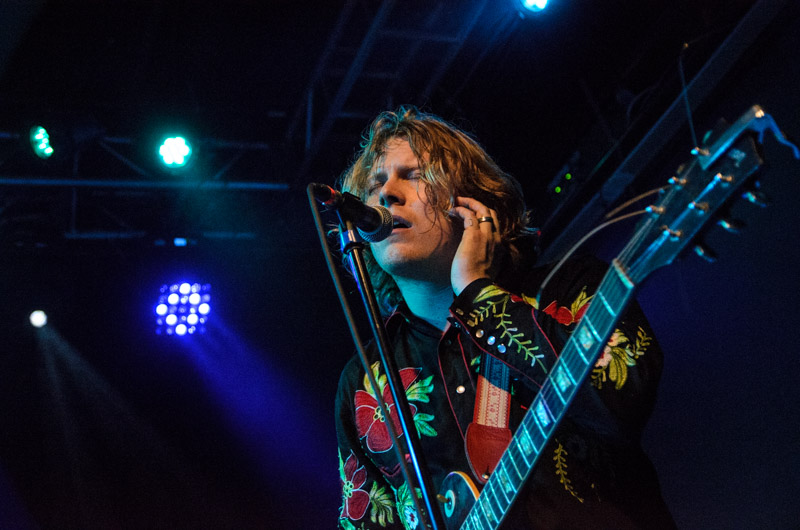 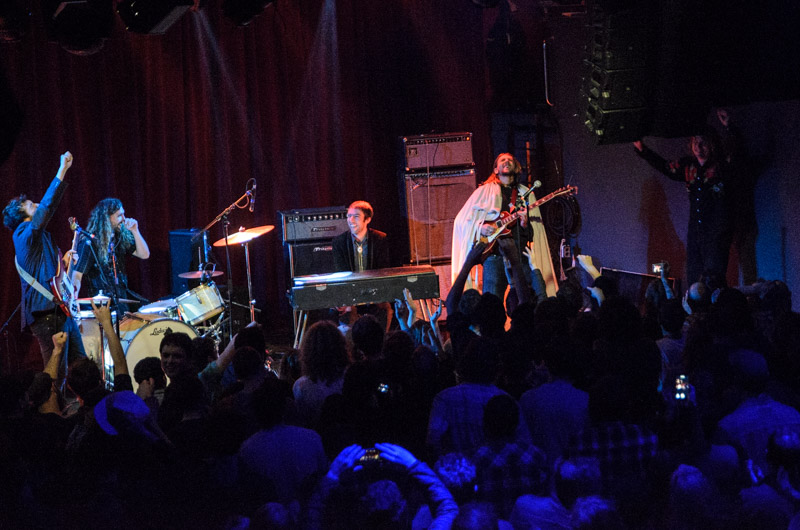 In my opinion, it’s not a good show if you don’t leave either sweaty, blooded, or missing one of your belongings. Since this set actually left me with a crotch bruise, I’ll give it a 10/10. Standouts from the new record included “Break A Guitar,”
“Freedom,” “Warm Hands,” and “Orange Color Queen.” Go get it quick before he releases another record this year!