OK, the rain has let up a bit but I’m still not anxious to leave the apartment yet. Here’s my 10 favorite local albums from 2007, complete with YouTube-y goodness – as best I could find it.

(I’m sure there’ll be some continuity issues with the scores I’ve assigned – I wrote the reviews for four of the albums below. This is how I am ranking them at the end of the year.)

9.  …The Art of Becoming One’s Own Shadow, Lillydale, Mt. Fuji (song: unknown, at least to me, but it was the only one I could find):

6. A Million Dollars Worth of Music, The Fucking Eagles, Gaptooth Jukebox (song: “He Won’t Love You Like I’ll Leave You”):

5. The Fourth, Jenni Potts, Clickpop (song: “Another Way”; note: this video is cuter than a thousand LOL Catz combined):

We’ve seen so many amazing photos of Bumbershoot come in over the weekend, it’s been hard to choose which ones to use. So we thought we’d ask some of our favorite local photographers to pick their personal three favorites from their weekend’s work and to share them with the rest of the imaginary class.

Here are photographer Eduardo Brambila’s favorite three, in his own words… 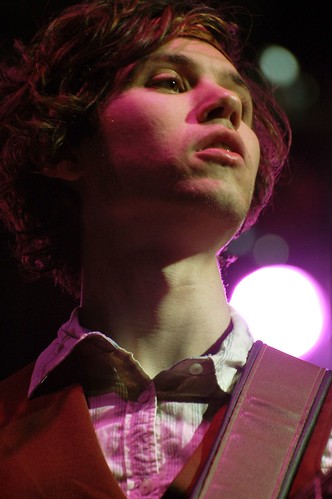 Panic at the Disco: I really like this one because it’s a portrait even though it’s during a live show. It looks as though he posed so that I could take a picture. Not to mention he’s not bad looking… (yeah.. not at all!).

Gogol Bordello: I really like the sharpness and colors that came out on this one. There is a little lens flare which I still need to fix… but other than that it shows motion and uh, um, he, uh well.. he’s foreign? Which is cool! 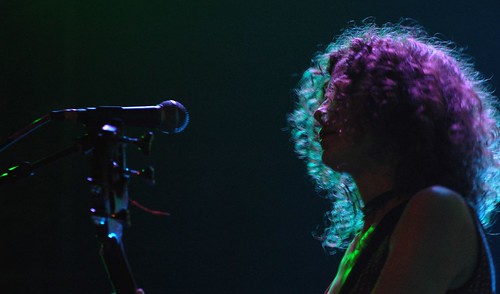 Lillydale: I’m a sucker for lighting from the back and creating an outline out of light. She also had a man fro, which is kinda cool.

We think Eduardo is um, kinda cool too! You can see why by visiting his Flickr page. 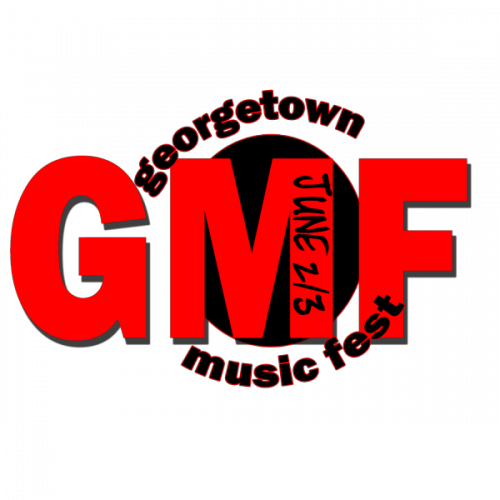 Summertime in Seattle means nothing if not music festivals. While Bumbershoot and the Capitol Hill Block Party have grown to astronomical (read as: huge touring bands) proportions, The Georgetown Music Festival is keeping it local as can be, with a preliminary lineup of loads of Seattle- (and a few Portland) based bands prepared to rock South Seattle this June 2-3. Here's the preliminary list from their MySpace page:

If you visit the Georgetown Music Fest website, you can join their email list to get all the latest udpates, and also register to win free tickets! 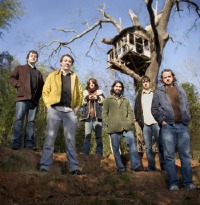 There will be some Elephant 6 goodness in the house tonight! Elf Power are headlining tonight's show at the Crocodile and with them they will likely bring their moog, accordion, clarinet and, of course, guitar indie-rock with a slight psychedelic overtone.

Most folks will be at the show to bask in the indie cred of their seven lush albums released over their 12-year career. I'll be there for that… but also to get one step closer to understanding their Orange Twin Conservation Community. Ever since I heard about the OTCC, I've been both captivated and, I'll admit, slightly baffled by it, its mission and how it thrives in this music industry world full of selfishness (have you folks watched MTV recently) and the over-commercialism of music (again with the MTV).

The OTCC is a cooperative record label+ that the Elf Power folks run in magical Athens, GA that encompasses a record label and website… and more; Everyone involved with the label (the bands, etc) is part of a physical community of gentle people working towards the common goal of peace, love, happiness, organic goods and the betterment of the earth… and living commune style. It's beautiful!

All that and they write some pretty alluring songs.

Also on the bill we've got Lillydale, who you might recognize from their days as KEXP favorites and Patience Please, who we hope will debuting some new songs from there upcoming full-length (to be released on another Athens, GA label, Happy Happy Birthday to Me).

Our August visit as guests on KEXP's Audioasis was fun as ever. Abe Beeson graciously let us play our favorite local songs of the moment. Our next appearance will be Saturday, October 8th.

{7:02} The Pharmacy — "Waste of Breath"
Seattle-based band, The Pharmacy was just what the imaginary doctor ordered to start this radio show off with a bang {insert bad pun cringe here}. Their debut album B.F.F. combines the wackiness of Boat with a DIY garage punk sound. Looking for a fresh take on the Moldy Peaches? Pick up this album ASAP.

It's one of my albums of the year so far. Seriously. I was just working on my list.

{7:05} New West Motels — "Beautiful"
Oh yeah? Well New West Motels frontman Rob Sharp is one of my favorite imaginary email friends of the year so far. Even if you've never heard the band, you should join their mailing list just so you can get emails from Rob.

But while you're at it, check out the band. They're comprised of ex-members of Neko Case & Her Boyfriends and Fairgrove, and this track in particular has become a car CD fave this summer with its hooks and jangles. Plus, the band recently performed (with the Turn Ons) at the Skate King in Bellevue. Neat!

{7:12} Lillydale — "The Dove and the Snake"
Before our trek down to KEXP, we listened to this song time and time again trying to figure out who the lead singer of Lillydale sounded like. Dana and Abe Beeson thought John Lydon. They have a point. But the way that frontman Josie O Markevich holds his notes, the aural resemblance to Mark Greaney of JJ72 is uncanny.

Listen to the track and decide for yourself.

{7:16} Three Thirty-Eight and an Eye — "Washing Machine"
I think it's important to spice up mundane household tasks by giving them their very own theme song, which is why I love the track "Washing Machine" from Portland band Three Thirty-Eight and an Eye. Thanks to this They Might Be Giants-esque quartet I'll never forget the vital steps to getting my clothes dirt-free!

How could you not like a band that self-describes itself as, "If Willy Wonka and Kermit the Frog were They Might Be Giants?"

You should have seen Abe dance during the rinse cycle part. It was like the fire of the fifties twist crazy, reborn.

And now we all know not to mix our whites with dark colors. Wash with light colors. It's lo-fi, it's fun, and it's functional. What a creation! Highly recommended.

{7:23} boy crazy — "Ophelia"
Here's one from the imaginary archives! Although boy crazy is no longer together, they've left us with two Magic Marker Records releases to replay over and over whenever we need a blast of Portland's version of the Hidden Cameras. The boy/girl vocals over classic pop melodies make me think they could do one hellava cover of the Archies' "Sugar, Sugar." Also of note, the band features Rachel Blumberg, who you know and love as the drummer for the Decemberists.

{7:27} Kelli Hanson — "Circles"
We ended the night with local artist Kelli Hanson, who recently released her second full-length Lullaby for an Astronaut, a disc full of diverse, dark, sparsely orchestrated melodies. Not your typical singer-songwriter, the album has sounds ranging from Brit-pop to folk to the Moroccan oud, held together by tight production values and spot-on songwriting. An intriguing black horse local release, and one worth checking out.

Speaking of checking out, that's all we've got for this time.

Aww, thanks. We're already planning for our next setlist, so go ahead and send your local CDs our way. We'll be on the air again Saturday, October 8th, so mark your calendars!